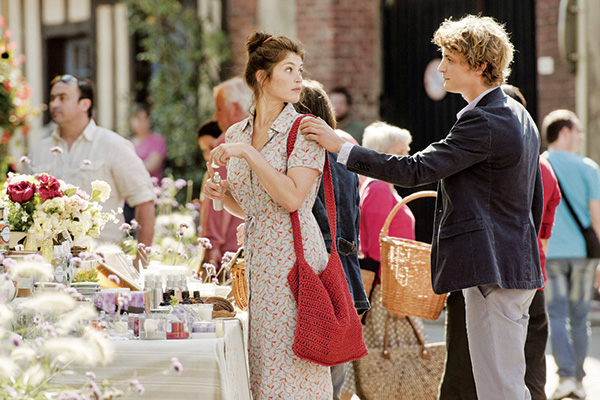 The Francophiles of Dunedin can rejoice in the knowledge that the 2015 Alliance Française French Film Festival is now in full gear. I myself am rejoicing, but that’s because I’m a lover of subtitles.

A film with subtitles and also part of the French Film Festival is Gemma Bovery. Anna Fontaine brings this film — based on Posy Simmonds’ graphic novel of the same name — to life with a talented cast and a beautiful setting. Gemma Bovery first introduces us to Martin Joubert (Fabrice Luchini), a man who has moved his family back to Normandy to take over his father’s bakery. Life in Normandy is peaceful but, for Martin, it seems to also verge on mundane; his family life does not seem to help either. That is until an English couple called Charlie (Jason Flemyng) and Gemma Bovery (Gemma Arteton) move across the street — then Martin becomes a weird stalker who confides in his dog.

For Martin, there’s just something about Gemma. He finds her physically attractive (the number of sexually objectifying shots in the film is simply ridiculous) and cannot believe how much Gemma seems to embody Gustave Flaubert’s Madame Bovary — protagonist and plotline. In attempt to make sure that Gemma does not have the same fate as Madame Bovary, Martin becomes incredibly involved in her life, especially her love life. Unfortunately, several events thwart Martin’s efforts to save Gemma.

When it comes to French films, Gemma Bovery is just like the rest of them; the film has an aesthetically pleasing backdrop, sexually fuelled camera shots and characters overreacting to the littlest things but not even flinching when it comes to life-changing events. Even though Gemma Bovery has a cute soundtrack, adorable dogs and satisfying shots of bread, the film doesn’t push me to think about art and life when its 100 minutes are over.

There’s nothing profound about Gemma Bovery, but it is a visually pleasing watch with a reasonably satisfying plot, one that you’re happy to sit down and see.
This article first appeared in Issue 4, 2015.
Posted 2:32pm Sunday 15th March 2015 by Mandy Te.