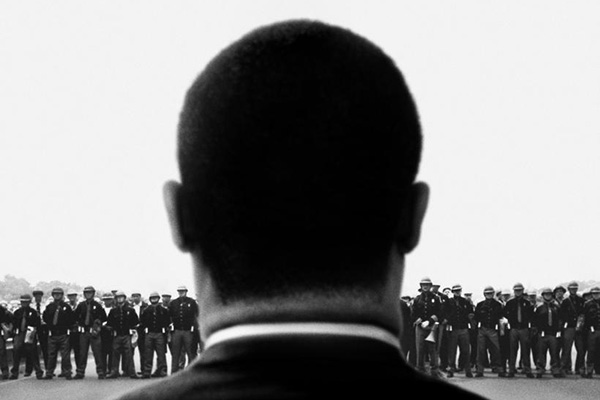 Fuck you, America, I have a dream! In 1964, the American Civil Rights bill was passed and African-American citizens had the right to vote. Except that black citizens were systematically and violently denied access to register and vote. Selma shows that 1965 America was filled with power-tripping douchebags but also had the superhero team led by the late Dr Martin Luther King, Jr.

In this film, he leads the badass Southern Christian Leadership Conference (SCLC) through moral and tactical minefields in the quest for freedom for his people (and for proper voting rights).

There are a few key moments in the film where you may require a viewing break: I don’t want to spoil anything, but there are brutal, terrifying scenes that will make you cry and, all the while, they’re incredibly, morbidly captivating.

This film taps into the small but potent fire some of us are lucky to have and calls the audience to action with an alarming sense of urgency. Why? We know about the US civil rights movement, but what we haven’t seen and experienced are the collapsed families, the fear, internal fractions, sense of hopelessness, shattered spirits and the death of friends — these things that activists and leaders of this movement endured every single day. They endured them so that their people and generations to come could stand as proud, equal citizens in a country hell-bent on being “free”.

Combine these raw human moments with the honey-smooth voice of David Oyelowo, who plays Martin Luther King, Jr., the strength of Carmen Ejogo (Coretta King) and the vision of both Ava DuVernay and writer, Paul Webb. You are wrenched heart first into Selma, as if you are right there on the Edmund Pettus bridge.

I loved this film like I love a good merlot: by oneself until the end.
This article first appeared in Issue 2, 2015.
Posted 6:26pm Sunday 1st March 2015 by Letisha Nicholas.