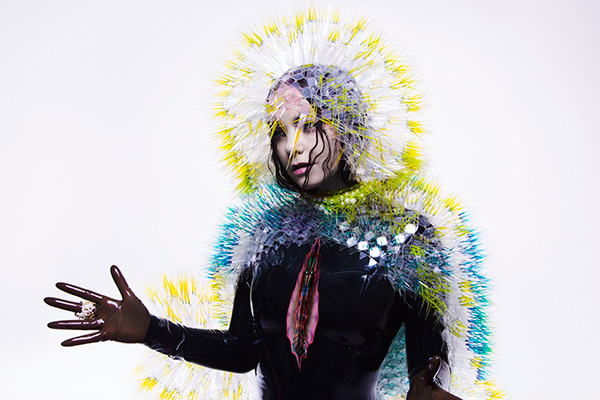 E xperimental pop star Björk has proven more than once that she’s capable of making gorgeous, genre-defying albums. Sadly, the last time she made one of those was in 2001 with Vespertine. Sure, the three albums she has released since then had their merits, but they were hardly coherent or emotionally engaging works. Volta was a soulless mess of guest musicians and Timbaland’s ill-suited production. Medúlla and Biophilia had awesome concepts - the former an album comprised only of vocals, the latter a multimedia experiment with an accompanying app. These couldn’t help but feel like gimmicks, tacked onto what were otherwise insipid albums.

It may have taken a messy breakup with her longterm partner, artist Matthew Barney, but for the first time in fourteen years, Björk is appealing to the heart rather than the head. Ninth album Vulnicura is a stunning return to form, and a throwback to the ethereal sounds of her masterworks Homogenic and Vespertine. Not crippled by too many cooks or its own ambition, Vulnicura is pure and unadulterated emotion.

Things get off to a lovely start with ‘Stonemilker.’ The tectonic beats and Björk’s dramatic vocal delivery pleasantly bring to mind ‘Jóga’, one of her all-time great songs. And the strings. Oh, the strings. Personally, I found her last three albums to be pretty scarce sonically. The nothing-but-vocals palette of Medúlla got old fast, as did the twinkly harp and xylophones of Biophilia. Vulnicura, on the other hand, feels rich and substantial.

Björk’s lyrics have never been my favourite aspect of her music. The fact English is her second language accounts for her hit-and-miss poeticisms. Sometimes, she’ll come out with something as cringeworthy as “what’s the lesser of two evils ... if a suicide bomber made to look pregnant manages to kill her target, or not?”. Other times, her words can be powerfully raw, and in perfect harmony with her voice. The way she sings “I can obey all of your rules” on ‘Unison’ is like a knife in the heart.

Perhaps more so than any other album of hers, Vulnicura tells a coherent and moving story. Songs on the album correlate to a time period around the aforementioned breakup. You are made to feel Björk’s sorrow as she describes each emotional stage of the separation. ‘Mouth Mantra’ describes the frustration of not being able to express one’s self, with lyrics like “my throat was stuffed, my mouth was sewn up, I was not heard.” It is only fitting that Björk losing her voice – her greatest asset – is presented in such dramatic terms. Elsewhere, ‘Family’ describes the pains of a broken household. The song ends with Björk repeating the line “God save our daughter” in haunting fashion.

It is worth mentioning that Vulnicura is undeniably a feminine album. As with her previous work, Björk describes her emotions in female terms. Matthew Barney is presented as something of a misogynist, harming Björk during and even after their relationship. The album cover shows Björk with an opening in her chest, half a gaping wound and half a vagina. If you wanted proof that this is an album about female pain, then there it is.

Vulnicura is a sonically vibrant, emotionally potent suckerpunch of an album, and Björk’s best work in years. Its only fault is that it doesn’t explore any new territory for the Icelander. As much as I enjoyed her harkening back to her millennial heights, Vulnicura offered little in the way of surprises for me. Having said that, if at this point Björk has to choose between being innovative and being compelling, I’m all for the latter.
This article first appeared in Issue 2, 2015.
Posted 6:26pm Sunday 1st March 2015 by Basti Menkes.