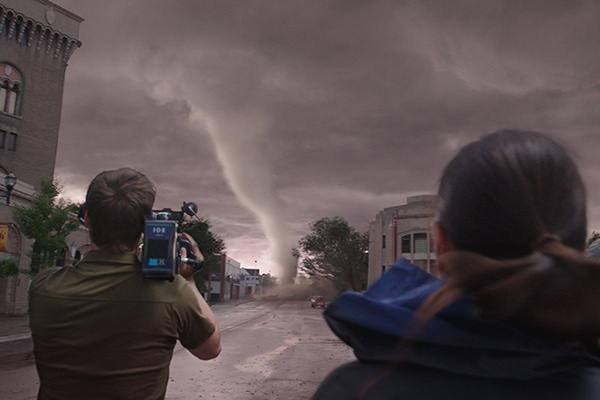 A found footage film about a freak tornado storm sounds to me like the perfect platform to focus on creating spectacular CGI carnage, but instead director Steven Quale focused the film on three sets of incredibly forgettable or dislikeable characters. Into the Storm follows a documentary crew chasing tornados, a pair of redneck thrill-seekers and a father and his two sons. The first half of the film is dedicated to establishing these characters, with not a single tornado to be seen in the first half of this 90-minute adventure.

The characters are terribly scripted to begin with, but what makes it even worse is the incredibly forced or fake ways in which they use the “found footage” construct to aid character development. In general, the found footage direction was terribly handled; at one moment the film dedicates itself to the handicam feel to the detriment of your understanding of the action, and then the next moment the whole premise is thrown away for clearly cinematic shots with sweeping orchestral music in the background.

Fortunately, for those wanting to get out of this film what it clearly promises, there are some amazing CGI storm effects for those willing to sit through the character nonsense. All of the special effects are flawlessly executed and often are surprisingly innovative in their scale and approach. There are a wide variety of tornados to be enjoyed, including a fire tornado that was both thrilling and terrifying to watch.