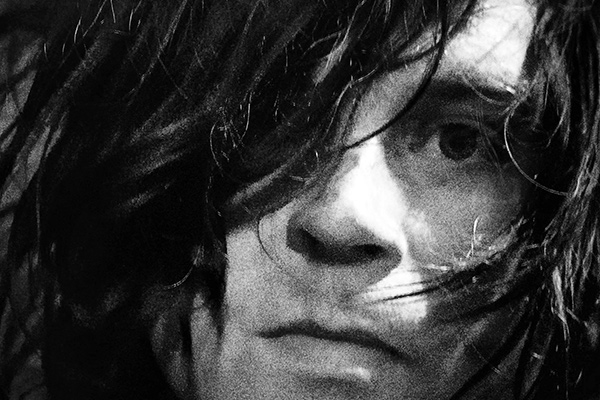 There was a period in the early to mid-2000s when the word that best summed up Ryan Adams was “prolific.” The man released a staggering 12 studio albums during a ten-year span. I'm not even counting the numerous bootleg albums and EPs circulating the web. Of course, the quality of each release sometimes varied considerably from album to album, but Adams was never the type to actually give a shit. His attitude was, “if you like it that's great, if you don't then move on. I'm going to keep making music because it feels good.”

This decade, so far, has been a different story altogether. The alt-country pioneer, instead, seems to be pacing himself to the beat of a much slower drum. In fact, this album is coming after a three-year absence, following 2011's Ashes & Fire, which was cited by critics as a long awaited return to form. Ashes & Fire saw Adams strip down his sound, once again, after ending his relationship with The Cardinals, his backing band of five years. The result was a warm, dusty, acoustic album, engineered by renowned producer Glyn Johns (Led Zeppelin, The Rolling Stones, The Eagles).

The pair seemed to hit it off, and not long after Johns started working with Adams on an encore to their 2011 effort. However, the album was later abandoned. The scrapped record was apparently a concept album centred on the death of his grandmother. Adams labelled the album “too sad” to release. Those songs must have resembled something extremely gloomy, because aren't all Ryan Adams’ albums kind of sad? Well maybe Adams wanted something different this time around. Perhaps something happier?

The record is still pretty sad. But did we really want a happy Ryan Adams record? There's a clip on YouTube where the audience starts cheering during the intro to one of his songs. Adams, known for his self-deprecating banter, says into the microphone, “It isn't that song, people. It's just one of the sad ones sped up.” That right there kind of sums up this album for me. It's still Ryan Adams, but he's chosen to rock out a bit more.

The record opens with “Gimme Something Good,” the lead-up single to the album, and one of the more upbeat, fist pumping tracks. With its classic rock chord progression and spiralling Jagger-esque chorus, it definitely proves a highlight. Other standout tracks include the heartbreak ballad “Kim”, the troubling “Am I Safe” and the stripped down “My Wrecking Ball.”

Overall, Ryan Adams is a solid album with some of Adams' most realised and well-written songs. Sonically, the thin layer of darkness and gloom serve the songs well. Where this sits amongst the rest of Ryan Adams' impressive discography, in my opinion, is somewhere in the middle. Not quite good enough to recapture the freshness and open-heart surgery of Heartbreaker or Love Is Hell, but definitely not as bad as some of his more half-cooked projects.