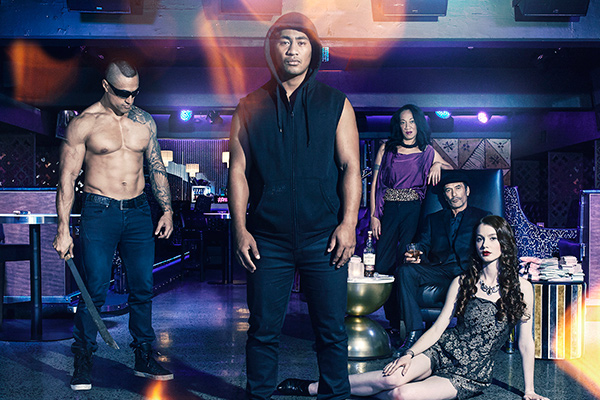 New Zealand cinema is alive and well. This year has been full of premieres of NZ films that have made me truly proud of our industry, but none more so than The Last Saint.

Set in the filthy drug- and violence-filled underbelly of Auckland, The Last Saint is a film that highlights the darkest aspects of our urban culture. The story follows Minka, a young Polynesian boy who is doing his best to survive in this hard world while still retaining his humanity. Overall, the script is a nuanced journey that challenges your perception of how and why people become criminals. Though the dialogue can occasionally be clunky, it is far outweighed by how poignant and gut-wrenchingly raw it is.

This is also true for the performances, which occasionally feature some weaker supporting cast, but thankfully this is balanced out by some of the most evocative performances NZ cinema has ever seen. In particular Beulah Koale, who played Minka, gave a performance that could comfortably sit beside any Oscar-nominated performance you will see this year. His portrayal was wonderfully subtle for much of the film, expressing unfathomable emotion through the slightest but most powerful expressions. This appreciation for his subtle performance made the more intense emotional scenes even more powerful, when all of a sudden the floodgates of his emotion open and we are essentially witnessing this sweet boy as he bares his very soul.

The direction was equally superb. In particular Naufahu has a mastery over lighting that makes many of the scenes feel firmly grounded within reality while still giving the scene a feeling of otherworldliness, as if crime transforms the same concrete and stone into something much darker. Unfortunately, there were occasional technical glitches that pulled you from this reality, such as poorly mixed audio, but once again the experience itself overcomes any such hurdle.

The Last Saint is a film every New Zealander should see, not only for its discussion of our own culture, but because it is a damn fine piece of cinema.
This article first appeared in Issue 23, 2014.
Posted 4:38pm Sunday 14th September 2014 by Baz Macdonald.