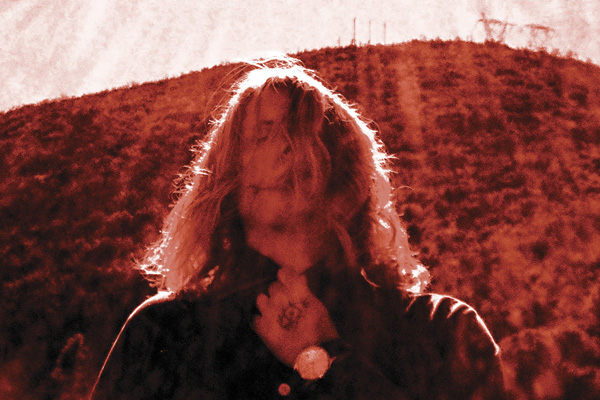 Known to put out at least two albums a year through various projects and guises, Segall was oddly quiet this year. But as time has taught us, the prolific garage, glam songwriter was due to make an appearance. So of course he goes out and releases a double album.

Clocking in at just over 56 minutes in length, Manipulator is Segall's longest record to date. Rumour has it, it also took him 14 months to complete, which is the longest duration of time Segall has spent on any one album.

The extra time spent does seem worthwhile, as these songs all feel fleshed out and none appear particularly half-baked. In fact Manipulator feels like a bookend to a chapter – a conglomeration of the past five or six years of Segall's musical output. It has the dusty acoustic guitars, the fuzzed out electric guitars, the psyched out organs, the squealing solos, the glam influences, the 60s garage influences. The record just plays out like a no-nonsense, in your face, nostalgia trip.

Segall comes across like a cross between Marc Bolan and David Bowie, as he sneers through the record's seemingly endless number of boogies. If there's one gripe I have with this album, it's that it may actually be too long to survive the lack of variation contained within its 17 tracks. In terms of pace, each track also seems stranded in this mid-paced chug, so when stretched out over 56 minutes, some songs seem to lose their dynamic impact and their ability to stand out from the pack.

Apart from that, Manipulator is a great representation of Segall's work over the past few years and contains some of his best songs to date. Highlights include “Tall Man Skinny Lady,” “Susie Thumb,” “Feel,” and the title track “Manipulator.”