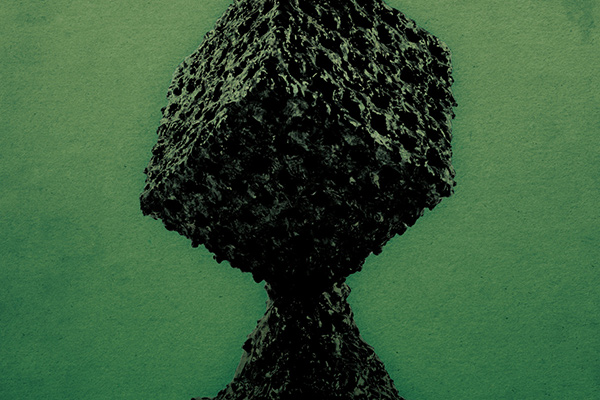 Merchandise - After The End

Formed in 2008 in Tampa, Florida, Merchandise has undergone reinvention after reinvention. Cementing themselves, at first, as a punk band, they soon evolved into an off-kilter, experimental, alternative, pop outfit in the early 2010s. After experiencing mild success with 2012's Children Of Desire the group found themselves signed to 4AD this year and, as time has taught us, the group were on the verge of reinventing themselves once again.

This time the result of the band's musical restlessness comes in the form of the glistening After The End. A classy collection of beautiful, lush ballads and blissed out, hook-based pop songs, which reference 80s guitar-pop luminaries such as The Cure, Blondie, U2 and The Smiths. The record's larger than life production signals a classic move made by bands trying to make an impact after being signed to a bigger label. Which is to make full use of their increased exposure by offering audiences a more polished sound, making their music more palatable for the general public.

However punk or indie you may consider yourself to be, this move can sometimes be a good thing for both the band and fans alike. In fact, I think most bands should try their hand at writing a pop song. There is nothing wrong with aiming to release more immediately likable songs, however miserably it may end up backfiring at times. Lucky for us, though, Merchandise execute this challenging endeavour with confidence, authenticity and moderate success.

First of all, production-wise, the record is rich and warm, and skilfully produced by the band themselves. The guitars sound majestic, with each string sounding like it could've been crafted out of strands of Jesus' hair. The organ and synth act to further emphasise the luminescence, sweeping in every now and then, to add various layers of sheen.

Perhaps the most intriguing part of Merchandise's present, grandiose pop escapade, is the rich, vocal performance provided by frontman Carson Cox. Sounding one part Morrissey, one part Julian Casablancas, and one part early Scott Walker. His voice brushes by effortlessly across the mix, like velvet on velvet. It all goes down smoothly but, at times, perhaps too smoothly.

The album opens with “Corridor,” an instrumental track, which floats softly on a bed of acoustic guitars and atmospheric synth. At 2:47, this track is also the shortest track, which is a feat considering a third of the other nine songs are supposed to be full-blown pop singles. In fact, most of the songs.

“Enemy” is an obvious single, based on an acoustic guitar riff that sounds like an ethnic version of “I Can't Get No Satisfaction” by The Rolling Stones. The next three songs, “True Monument,” “Green Lady” and “Life Outside The Mirror” are sweeping ballads, perhaps meandering at times. However, the arrangements are humungous and, in terms of sound, could be considered a cousin of Joshua Tree-era U2.

Side two of the album starts off with “Telephone,” which is the most 80s pop thing on the album. With a groovy pop bass hook, and a chorus that Whitney Houston would be proud of, “I wait and I wait and I wait by the telephone.” “Little Killer” is definitely the standout track. It is undoubtedly the most upbeat song, sounding like The Cure in full-fledged pop mode.

The last three songs, “Looking Glass Waltz,” “After The End” and “Exile and Ego,” see the band return to a much slower paced approach. Carson Cox croons through the final 16 minutes, sounding like Scott Walker on his first four albums. Huge lavish songs, with a hint of dry emotion, setting off visions of long dusty roads and heartbroken heroes.

As a whole, After The End, is an immersive experience but one that perhaps relies on its huge, lush, sound instead of making the most of its pristine pop environment. The record does tend to drag, not because of one particular song but because of the bevy of slower paced songs that seem to be bunched together. The band carry these songs with moderate success; even Cox's golden voice starts to come off whiney after a while.

When Merchandise embrace the challenge of writing pop singles, however, they truly do succeed, with highlights such as “Enemy,” “Telephone” and “Little Killer.” After The End is a clean, polished, pop record by a band that has never before fit that description. It could have been a little more interesting, but there are some excellent moments indeed.
This article first appeared in Issue 21, 2014.
Posted 5:55pm Sunday 31st August 2014 by Adrian Ng.