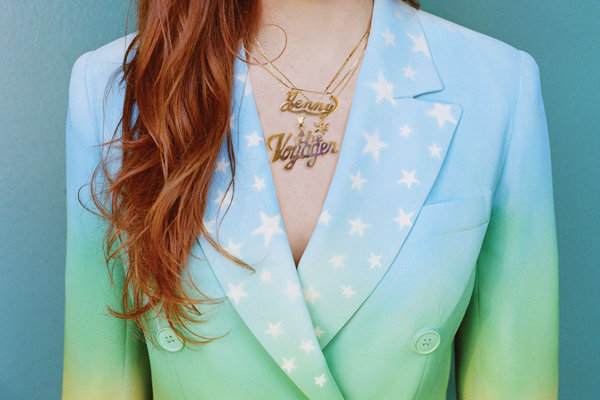 The Voyager is the third full-length release from Jenny Lewis, the former co-songwriter of the now deceased Rilo Kiley. With albums such as Take Offs and Landings and More Adventurous, Rilo Kiley were certainly a leading presence during that weird, semi-commercialisation of alternative pop that took place around the new millennium. With artists such as Death Cab For Cutie, Bright Eyes and Iron & Wine also at the helm, this was a group of talented songwriters who referenced the simplicity of country and folk and also had a keen ear for a good pop melody.

Now 16 years into her music career, Lewis’ songwriting is just as sharp as ever. The ability to tell a good story through song is one that seems will never leave her. With the gift of being able to place awkward sounding lines of verse side by side and still pull it off.

Tracks such as “She’s Not Me” and “Late Bloomer” showcase her ability to really structure a song, leading listeners through several interesting twists and turns. A lot of the stories feel quite intimate and seem to be drawn from quite an honest place. The Voyager leaves you with quite a candid glimpse of Jenny Lewis’ present struggles and musings.

Spanning 10 tracks and 40 minutes, a lot of the tracks are extremely well developed in terms of being able to get their point across, as is the instrumentation. Some other highlights include the anthemic “Just One Of The Guys” and “Head Underwater.”

Overall, The Voyager is just an extremely solid alternative, country-pop record. To be honest, it sounds kind of like a Rilo Kiley album. The opening guitar riff of “Slippery Slopes” even seems like a reference to 2007’s “Under The Black Light.”
This article first appeared in Issue 19, 2014.
Posted 9:16pm Sunday 10th August 2014 by Adrian Ng.