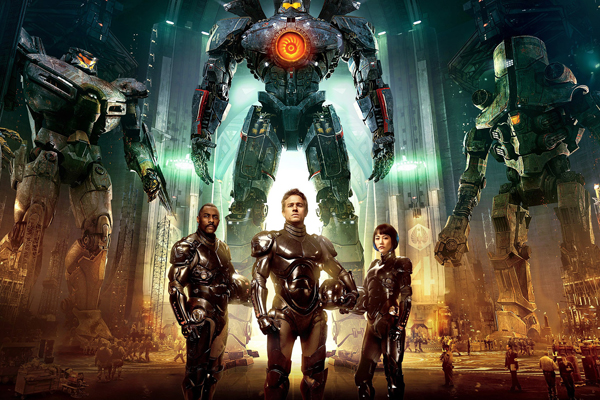 For various reasons, in this day and age there is often a certain scorn for so-called “blockbusters,” like it is incredibly passé to find enjoyment in anything mainstream. It probably doesn’t help that, in the days of mass film production, unique plot lines are often few and far between. But why is that such a problem for people? I personally honestly looked forward to the release of Pacific Rim, I believe I even went to see it on the opening weekend. I kept calling it RimPac; clearly, I’ve been a student of military history for too long.

And I liked it. I liked the enormous aliens, the robots built to combat them, and most of all I loved the ridiculous and amazing combat scenes that take up the grand majority of the film. Because, and here’s the important point, I didn’t have to concentrate to enjoy the film. I just watched it, enjoyed it, and left the cinema feeling like it was worth the money I spent on it. Because as a student of politics, history and security, knowing exactly what people are capable of in real life, having two hours of blissful non-thinking entertainment is a God-given gift. I watched it again the other night, and guess what? I still loved it. I loved the predictable storyline, the massive explosions, and the total lack of exigent activity of the neurons. And, let’s face it, the graphics are freaking amazing. Charlie Hunnam wasn’t exactly difficult to look at, either. I also, oddly enough, found myself appreciating the female lead ... for her eyebrows. As in, they were present and strong on her face; actually framing it rather than some twin set of Spock-brows with an elongated tail, that sort of perch on the forehead.

So, the next time you’re giving your mate hell for being so unfashionable as to admit to liking a product of mainstream Hollywood, do two things: