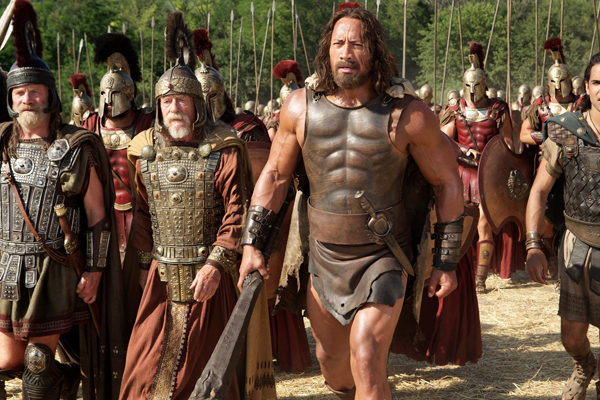 When you’ve heard a story told the same way 100 times, you never expect the 101st retelling to be different. Which is why Brett Ratner’s Hercules was a pleasant surprise, if not your usual action blockbuster fare.

Hercules is one of humankind’s oldest legends, and Ratner’s action epic investigates the story as just that: a legend. The film presents the story as we know it, Hercules, the demigod son of Zeus, battling some of mythology’s most fearsome creatures, and then flips it on its head, exploring the concept of how a man becomes legend and how such fantastical stories start. This intriguing angle created a narrative that was both fresh and engaging, and allowed millennia-old Greek tropes to be subverted.

That said, this was just the foundation for what is ultimately still just a period action film, and really just acts as a platform for melee combat mayhem. But hey, who doesn’t love a good dose of that every now and again? Plus, the fight scenes were superb, taking full advantage of the concept of Hercules as a brutally strong mercenary to create some truly memorable set moments of combat.

I was also pleasantly surprised by the calibre of performance in Hercules. Considering that the lead is Dwayne “The Rock” Johnson, that is quite a statement. The Rock clearly is a good pick to play Hercules physically, and there were many moments when what would have to be CGI effects could truly be believed to be feats of strength The Rock is capable of. He also did a commendable job on turning a character that on paper is purely one-dimensional, into someone not only likable but also relatable.

All in all, I would characterise Hercules as a pleasant surprise. I didn’t expect a movie directed by Brett Ratner, the director of X-Men: The Last Stand (bleurgh), and starring Dwanye “The Rock” Johnson, to do justice to such an important story, and yet, it might just be my favourite new adaptation of Hercules.
This article first appeared in Issue 19, 2014.
Posted 9:16pm Sunday 10th August 2014 by Baz Macdonald.