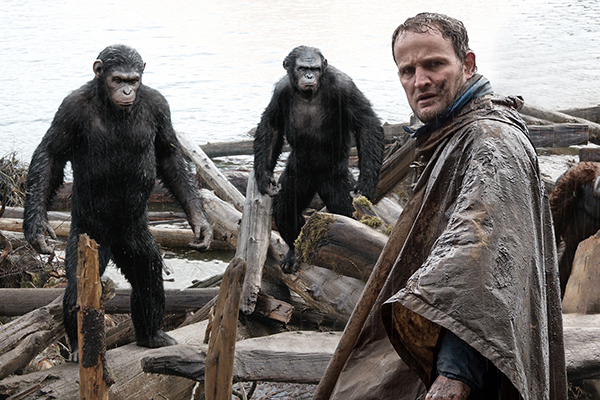 Dawn of the Planet of the Apes

I remember the first time I saw Gollum, and knew that there was something special happening. He was different to other CGI creations; there was something far more complex happening in his movements and expressions. Now, of course, we know that special element was the use of performance capture, a technique that I think could be the most important feature of our generation of blockbuster cinema. Dawn of the Planet of the Apes (DPA) proves that this technique can be for more than just peripheral characters, but an entire cast.

DPA is the sequel to 2011’s Rise of the Planet of the Apes and picks up 10 years after the first instalment. The simian flu has decimated the planet, killing 90 per cent of the world’s population. Caesar and the rest of the intelligent apes have created an entire society and culture in the forest outside of San Francisco. These two societies have stayed isolated from each other for 10 years; DPA tells the story of their collision.

The resultant story is perhaps the best piece of cinematic science-fiction since District 9. The film is full to the brim of insightful comments and ideas about the world we live in and the human condition in general. It is fascinating to watch the apes try to avoid the same pitfalls as the human race, but inevitably go down the same track. However, as with any good science-fiction film, it also finds ample opportunity for action, providing some extraordinarily unique, gripping, and intense sequences of fighting.

Though every aspect of this movie is superbly executed, it is the performance that really makes DPA something special. In particular, the work of Andy Serkis and the other performance capture artists is sublimely engaging, and quite often breath-taking in its ability to express complex emotion and thought through facial and body expression. For those fed-up with the overuse of CGI in film, these performances stand as an example of when it is done absolutely right.
This article first appeared in Issue 17, 2014.
Posted 10:15pm Sunday 27th July 2014 by Baz Macdonald.