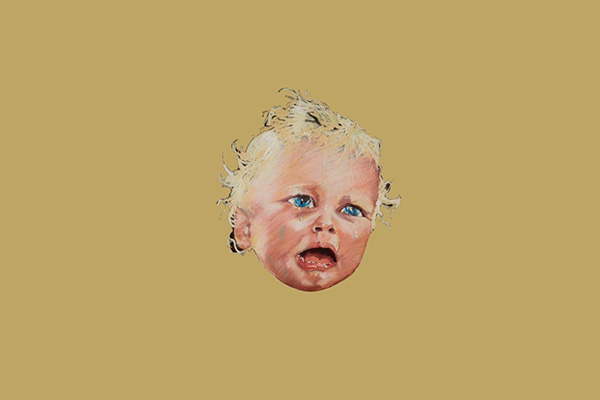 Swans - To Be Kind

Since their inception in the 1980s, experimental rockers Swans have attracted many superlatives: biggest, loudest, darkest, heaviest. To many folk, Michael Gira and company epitomise music as an extreme experience. Whether percussively punishing as they were in the ‘80s, or gothic and elegant as they were in the following decade, Swans have always aimed for transcendence through intensity.

And unlike many older bands who’ve reformed recently, Swans have only grown more potent with age. 2012’s The Seer was one of the best albums the band ever made, a two-disc opus of churning post-rock and cavernous blues. Gira described it as the culmination of all the music he’d “ever made, been involved in or imagined,” and rightly so. The Seer wove together the nauseous repetition of Swans’ early days, the grandeur of their ‘90s work and the voodoo-Americana of Gira’s other project, Angels of Light. The result was astonishing.

Now, less than two years later, The Seer has a sequel.

It’s hard not to think of new album To Be Kind as a companion piece to its predecessor. Both albums are 120 minutes in length, each with a song in excess of a half hour. To Be Kind even has similarly-composed artwork, its distressed infant echoing The Seer’s grinning wolf. Musically the two albums overlap, though To Be Kind has a slightly expanded palette of flavours. Added to The Seer’s rather meat-and-potatoes instrumentation are careful sprinkles of brass, synthesiser and Egyptian piano. To Be Kind also operates on a somewhat lighter ethos - see manic, half-melted cuts “Oxygen” or “A Little God in My Hands.” To say To Be Kind is a “happy” album would be a grievous overstatement, but it certainly isn’t as sludgy or unrelenting as an album like Filth.

Since their debut EP, the close cooperation of Swans’ instruments has been crucial to their sound. It is through this precise interplay that Swans are able to build, stretch and drive home their songs. At this art, they’ve never been more adept. Just listen to the band dance around one another on hypnotic opener “Screen Shot,” or build to a volcanic crescendo on album highlight “Nathalie Teal.”
In its less thunderous moments, To Be Kind can be deeply affecting; those who call Swans “noise without a heart” needn’t look far for a pulse. On “Just a Little Boy,” Gira pleads “I need love” into the void around him. Does he receive this love as requested? Well this is a Swans album, so fuck no: his prayer is met with a Greek chorus of derisive laughter. On “Some Things We Do,” life is reduced to a series of futile acts - “we eat, we work, we fuck, we love” - over sighs of violin. Closing track “To Be Kind” even borders on romantic, as Gira cries “there are millions and millions of stars in your eyes” as the whole world trembles.

It may take two hours of Swans delivering blows to your head, but by To Be Kind’s end, you’ll be seeing stars too. No matter how violent or protracted, a Swans album is always ultimately a beautiful experience. Gira has himself said that his goal isn’t to deliver pain, but ecstasy. Just see The Seer’s spaghetti-Western closer “The Apostate,” on which he repeatedly exclaims “we’re on a ladder to God.” It may be a daunting ladder, but To Be Kind reaches higher than just about any Swans album to date.