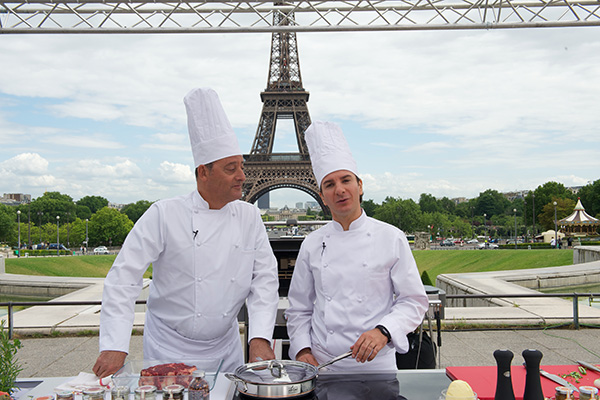 One should always be wary of a film that was written, produced and directed by the starring actor, and Chef is no exception. Jon Faverau is the guilty party in question, as he occupied all the major production roles to bring us a film we could quite frankly do without. The story follows Carl Casper, a talented but creatively stunted chef, who, after some bad reviews and a nervous breakdown, buys a food van in order to make the kind of meals he’s passionate about. Which turns out to be sandwiches (bit of an anti climax, to be honest).

It’s obvious that Favreua decided this was going to be a “cool” film: almost every actor had a stupid tattoo tacked onto them; there was an abundance of fedoras; barely a second without salsa music; and the men all referred to each other as “dude,” “main man” and, my personal favourite, “big chef dawg.” I think it goes without saying it all felt a bit forced. And by a bit, I mean a lot.

However, the real problem with Chef is that it’s straight up boring. Although Carl experiences some troubles at the beginning of the film, these are resolved quickly and weren’t earth shattering to begin with. The audience is then “treated” to ninety minutes of Carl leading a rich and fulfilling life. Don’t get me wrong, I’m no sadist; but this is not the reason I watch movies. There has to be some form of drama or conflict to engage the viewer. You can’t base a film around a middleclass, middle-aged man being reasonably happy – that shit’s everywhere. I can hang out with my dad if I want to see that, and I don’t have to pay him $13 to do it.