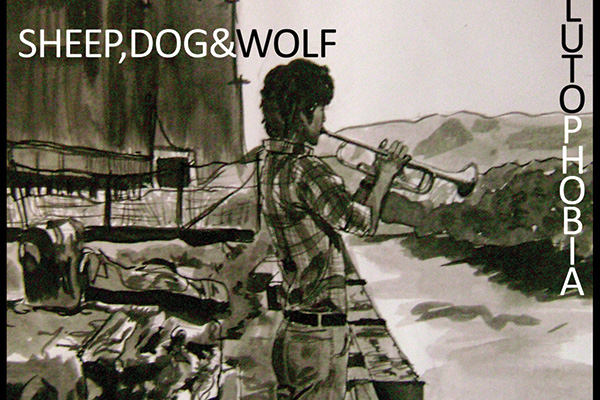 Sheep, Dog and Wolf is the project of prolific New Zealand musician Daniel McBride, recorded in 2011 when he was only 17. He says,

“My name is Daniel McBride, 17 years of age, and Ablutophobia EP is the result of nine months on-and-off recording in a tiny little studio I’ve managed to set up in my bedroom. I composed and performed all the songs by myself, borrowing various instruments to try and live up to the ideas I had in my head - an endeavour that saw me teach myself cello and euphonium, simply because I’d decided they were essential to the song.

This obsessiveness with which I record has resulted in a lot of sleepless nights, food-less days, and social-contact-less weeks, but I think that it’s been worth it. This EP marks the first, and certainly not the last, release from Sheep, Dog and Wolf; a project that for the last nine months has been my steadily growing and increasingly demanding music-baby. So please, download and enjoy!”