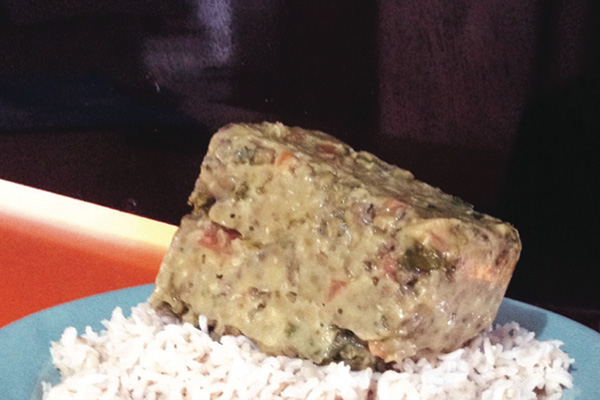 In the fall of 2013, New Zealand pop heavyweights The Phoenix Foundation released their sprawling double album Fandango to widespread acclaim. The album featured two drummers, with longtime member Richie Singleton leaving the band in the midst of making the album to focus on environmental work. In between several tours to promote Fandango, appearances on Jools Holland and contributing to compilations for Mojo, it’s somehow surprising that after only a year the band have returned with a new EP casually titled Tom’s Lunch, maybe a reference to Suzanne Vega’s album Tom’s Diner. The release features five brand new songs, surfacing partly because of Samuel Scott and Luke Buda’s desire to work with new drummer Chris O’Conner, and also from a new found inspiration to push the band in a more interesting direction.

The EP opens with “Bob Lennon John Dylan,” an infectious proto-punk pop song based around an upbeat, almost ‘80s disco groove. One of the two tracks mixed by David Fridmann (The Flaming Lips, MGMT, Tame Impala), the song takes on a similar personality to some of the projects in Fridmann’s discography, this while at the same time sounding like a New Zealand take on Talking Heads. Featuring passionate vocals and lyrics that tumble over one another, rhyming words such as “spastic,” “plastic” and “rhinoplasty” in an almost “Mr. Roboto-esque” trance. You can sort of imagine the song being played down the halls of a space station, the track’s splashy guitar stabs, bass runs and punchy snare hits forming a catchy, unifying base for Samuel Scott and Luke Buda’s voices to echo and swell over one another.

Second track “Fiscal Pickle” carries on in a similar vein. Centered around a neo-soul base line, the track explores an intruiging mix of psychedelia and dance pop. A track that could have sat nicely somewhere in Bowie’s Berlin trilogy. “Real Pig” delves equally as deep into psychedelic territory. Featuring wonderful melodic guitar flourishes, and interesting ethnic, rhythm tangents, the band seem to have written their own version of The Beatles’ “Within You Without You.”

“Asswipe” is the second track to be mixed by Friddman, an instrumental track that relies on a beautiful washed out synth line to carry the load melodically. Propelled by a jittery rhythmic pace, the track sounds as if it’s holding its breath, and synchronises perfectly into “Race Day,” the eight-minute finale. A slower paced song, featuring soft vocals, the flowery guitar line parallels the main melody of the track, complementing its subtle infection and sonic vastness.

Overall, Tom’s Lunch is an enjoyable twenty minutes of music from a band obviously in a mode of inspiration and energy. Though it does trail off at bits, the strength and infectiousness of the lead single coupled with some interesting diversions is intriguing for sure, and does get me interested in what the band could do with a full length release. A solid EP from some of New Zealand’s most skilled musicians.