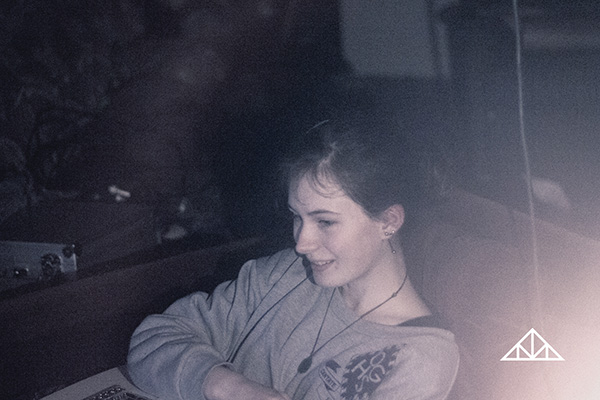 Millie Lovelock is one part of space-pop duo Astro Children and also my bandmate in Trick Mammoth. This year she travelled to Montreal as part of the University’s exchange programme. An influential presence on the Dunedin music scene, I asked Millie some questions about her trip and what we can expect to hear from her musically when she returns.

You’ve had quite a few adventures in Montreal. What are your favorites so far?

Well I snuck into a secret Mac Demarco show with my roommate and a stamp I had forged on my wrist with pink highlighter, after having just survived an hour in line during a snow storm. Another time I went ice skating on top of a mountain, and just last night I tried karaoke for the first time, but I’m not going to try that again.

What does it feel like not to have played music for so long?

I’ve got quite a bit of tension to work off; this is the longest I have gone without playing a show since high school.

You are also a writer, having completed two novels now. Can you tell us about your favorite books and authors?

My favourite book in all the world is The Garden of Eden by Ernest Hemingway; I’ve borrowed dialogue from that book for songs. It’s a beautiful book. Recently I’ve been sporadically reading some D.H. Lawrence short stories and a bit of poetry by a Canadian poet named Dorothy Livesay. I like reading books that sort of shout at me.

What do you miss most about Dunedin?

Adrian Ng is what I miss the most about Dunedin? I miss the weather, the music and all my friends, and also my cat.

I knew it! So what’s the campus at McGill like in comparison to Otago?

McGill campus is in downtown Montreal, and it looks like a castle hiding in the middle of all the big buildings. People hang around on the lawns smoking weed now the snow has melted, so I would say in that respect it is pretty similar to Otago. In general though students seem to set fewer couches on fire, and I haven’t seen as many jandals.

What’s next for Astro Children?

Well, the first thing will be a “we’re back!” show before the tension gets too much and we both spontaneously combust, then I guess we’ll spend some time on our second album, which I’m really hoping is going to sound a lot like One Direction.

That sounds great! Finally, you stopped by Amoeba Records in San Francisco; what was in your bag?