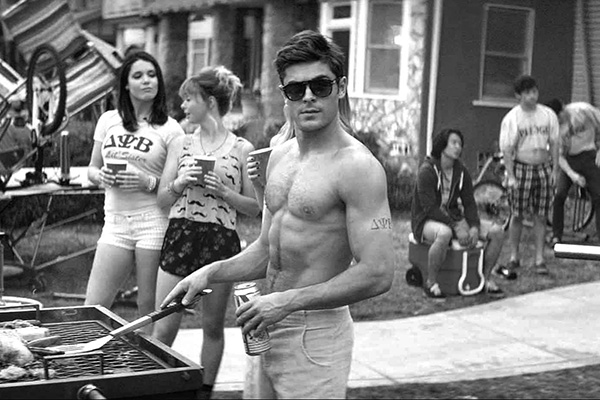 It’s been 20 years since the heyday of the Frat comedy, but it seems that this genre is without a bottom. Bad Neighbours tells the story of a married couple Mac (Seth Rogen) and Kelly (Rose Byrne) who have just had their first child and bought a house, when a frat moves in next door. At first their new neighbours, led by Teddy (Zac Efron) and Pete (Dave Franco), offer the couple an exciting new lifestyle. But when things get too much, they ring the cops and the war begins.

Bad Neighbours wanted badly to be Superbad, a comedy that takes audiences on a wacky adventure and lands some moving character development. There were even a few scenes that had been taken directly from Superbad, such as two best friends screaming at each other about their diverging futures and exchanging drunken I-love-yous. But unlike Superbad, Bad Neighbours’ script was just too heavy-handed to ever achieve the same effect. Multiple times themes were clumsily introduced, such as divorce, and then uncomfortably woven into later scenes.

However, despite the often-ineffective story, what it does do beautifully is gag comedy. Not many movies offer comedians a platform to have this many gags, but the premise is ripe for practical jokes and schemes. Each joke tops the previous one, getting more outrageous as the movie progresses. Some scenes, such as those involving airbags and breast milk, are some of the best comedy moments I’ve seen in a long time.

Rogen gives his classic, but as always effective, performance as the stoner Jew whilst comedy newcomer Rose Bryne offered some unique eccentricity as the edgy but lovable Kelly. But undoubtedly the star of this movie is their infant baby Stella, who might be the most adorable and active baby I have ever seen in a film.

Bad Neighbours is not a classic comedy, but it is a guaranteed laugh.
This article first appeared in Issue 12, 2014.
Posted 4:32pm Sunday 18th May 2014 by Baz Macdonald.