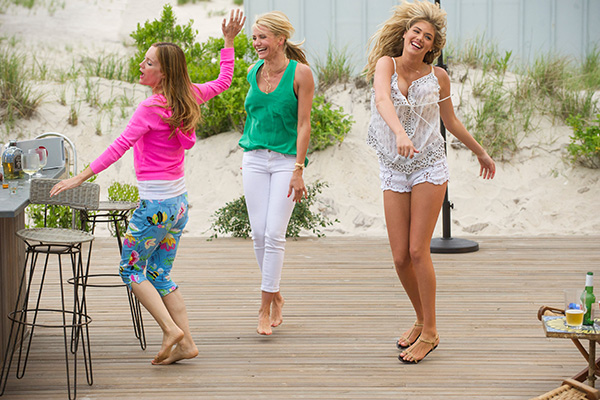 Cheating, lies, and a whole lot of mischief goes down in this highly-anticipated chick flick of the year. The Other Woman tells the story of Carly (Cameron Diaz), a high-rolling lawyer in NYC who thinks she’s found the man of her dreams in smooth-operator Mark (Nikolaj Coster-Waldau). However, in a strange turn of events, Carly is plunged into a situation she has no control over. It turns out Mark is a complete scumbag. He has a wife, Kate (Leslie Mann), and a whole bunch of “other women” on the side. When Carly, Kate and another “other woman” Amber (Kate Upton) decide to team up to bring Mark’s life to utter ruin, the audience is dragged along on a journey of destruction, recovery, but, most importantly (as always), friendship.

This film is hilarious, full stop. It has the right amount of laughs whilst still emphasising the serious mantra that cheaters never win. While seemingly labelled as a Cameron Diaz comedy, I believe the real star of the film was Leslie Mann. Her ability to play a woman so distraught over her cheating husband, so desperate for friendship, and so set on revenge, was intriguing. Also, her ability to “cry on the inside” was certainly something the audience was able to laugh on the outside about.

However, have the feeling you’ve seen this movie before? Well, you’ve probably watched John Tucker Must Die (2006), a comedy about a gaggle of girls getting back at another scumbag of a guy. Essentially, this new film shows the same themes all over again but with more “mature” women. Minus points for unoriginality. Another downfall – Nicki Minaj?! Her character seemed more of a gimmick than anything, and while I admire her sass, it just didn’t seem to fit in with the flow of the film.

Yet despite some flaws, this movie truly is fabulous. The journey of “the lawyer, the wife, and the boobs” will certainly plaster a smile all over your face.