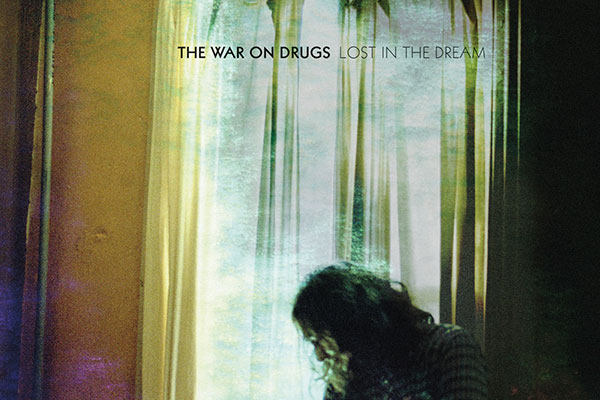 The War On Drugs - Lost in the Dream

“It always gets so hard to see right before the moon,” sings Adam Granduciel, songwriter for The War on Drugs, halfway through their latest LP. It’s a new take on the old cliché, “it’s always darkest before the dawn,” but one that reflects more accurately the 35-year-old’s true longing. Granduciel isn’t waiting for the harsh light of day; he’s yearning for the quiet of night. Returning home from touring 2011’s Slave Ambient, he found himself disconnected from the community he had left behind. Lost in the Dream is a lyrically dark, but ultimately uplifting album that shows him dealing with isolation and figuring out where to go next.

Like ex-bandmate Kurt Vile, The War on Drugs produce songs that consistently exceed the three-minute length that one expects from most modern bands. At nearly nine minutes, the opening track, “Under the Pressure,” drives forward with Dylan-esque vocals; the beat almost Krautrockian in that it feels like it could just go on forever. Sooner than you think, you reach lead-single “Red Eyes,” perhaps the most heavily Springsteen-influenced track. It’s life affirming stadium rock with darker undertones that melt away any potentially cheesy edges. Lyrically, throughout this LP, Granduciel is focused on the pressures of day, the peace of night and wondering whether, in his finest hour, he “can be more than just a fool.” His songs reflect the dark situation he’s found himself in but at no point does he sound defeated.

The only possible problem with this album is that at about 60 minutes, and with such a distinct sound, it can start to feel a bit same-sy. However, this is only a drawback if listened to outside of its ideal context. This is very much a slow-burning record that captures the timelessness of night – the perfect soundtrack for a long contemplative drive. In a situation where you might get “lost in the dream or just the silence of a moment,” you can’t help but wish Lost in the Dream would never end.