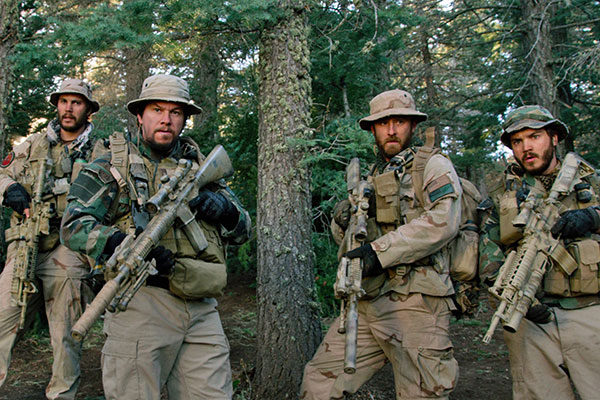 A war movie has to have something to say to warrant its creation. It shouldn’t be all right for moviemakers to exploit war, and especially true stories of it, as a way of filling an hour and a half blockbuster with explosions and loud noises. Lone Survivor sits right on the line between saying something important about war and exploiting it.

It tells the true story of a failed mission by the US Navy Seals to assassinate a Taliban leader and is based on the book The Lone Survivor that was written by THE lone survivor of the mission, Markus Luttrell. Generally, failed missions don’t get published or made into films – however, this story overcomes this because of the reason for its failure. The four soldiers on this mission were discovered by goat farmers, which posed them with the decision of either executing the civilians and carrying on, or letting them go and evacuating. This one decision is the catalyst for the situation in which only one soldier would live.

This may sound like a spoiler, however, the film is called Lone Survivor and the film reveals within the first 30 seconds that that survivor is Mark Wahlberg’s character Markus. This is actually the film’s biggest flaw. Instead of emphasising the decision the soldiers were faced with, it instead dedicated two thirds of the film to the battle in which three of the four soldiers are killed. In some ways this could be seen as homage to their sacrifice, but there were moments when it felt more like torture porn and I silently prayed the families of those soldiers would never see this film. This emphasis was lamentable considering that the film had many moments that were full to the brim with fascinating themes and ideas about war, morality and the human condition. This film could have easily been 2/3 ideas, 1/3 violence – however, it sadly chose to do the opposite.

Lone Survivor is a war film with some ideas that will absolutely challenge the way you see the world, but you’ll have to sit through some pain and suffering to get to it.