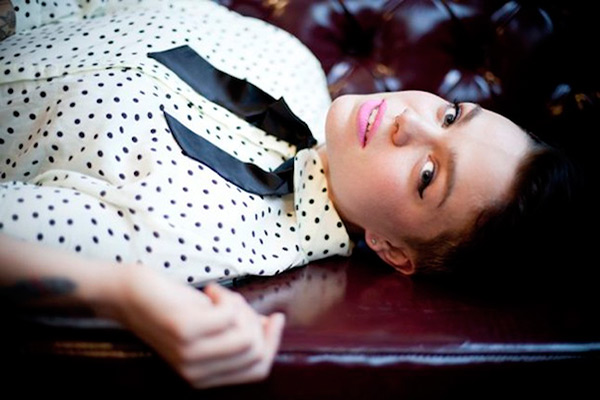 Hey! Do you like free stuff? This week we are giving away Clap Clap Riot’s new album, titled Nobody/Everybody. We’ve got it on compact disc and apart from a very small coffee stain, it’s in pretty fine condition. So how do you win? Just email music@critic.co.nz with your name and you will be entered into a one-of-a-kind, exclusive draw. So don’t miss out! Also, don’t forget to catch the band at Chick’s Hotel on 15 March where they will be joined by the talented Sherpa. It could be a pretty special night.

Distorted vocals over a shimmering, melodic wall of guitars. Punk, but not in the stereotypical brute force, shout-shout-shout approach. Perfect Pussy instead showcase some interesting shades on a seemingly limited spectrum.

Sonic, biting and dark. Bad Sav combine an ethereal quality with a subtle fuzziness, culminating in a brooding, neon soundscape. Tied together with a haunting vocal melody, which is both circular and captivating.

A track from the new season of HBO’s Girls. Miguel’s smooth voice shimmers over a grungy, distorted guitar riff. Though this track in terms of its melodic content is intrinsically a R&B song, the rock influence makes for quite a strange fusion. Sometimes I’m not quite sure if it works. But there’s something about it. It’s down-tempo, smooth and kind of gutsy.

Atmospheric, moody track from Sydney trio Movement. “Like Lust” is hypnotic in its execution, with vocals swirling through a glaze of psychedelia. Bringing elements of electronic music to a standard rock set-up of bass/drums/guitar, the group produce something quite unique.

I was supposed to review their album Love Letters this week but I ran out of time. This star sign themed song is smooth and infectious. The track is centered around the vocal mantra “I’m Aquarius,” this melodic onslaught is coupled beautifully with countless sensual “shoo-do-do-aah’s” in the background. All caught up in a down-tempo wonderland.
This article first appeared in Issue 4, 2014.
Posted 2:59pm Sunday 16th March 2014 by Adrian Ng.