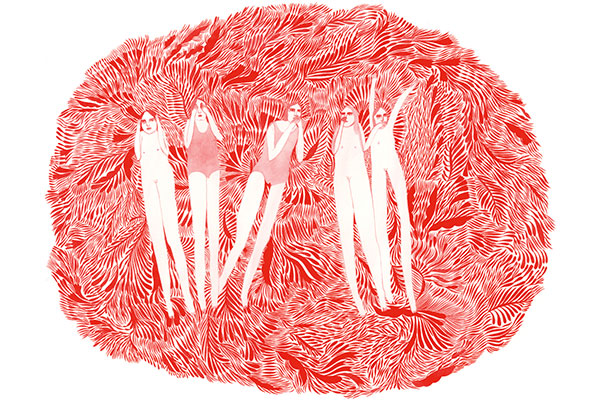 Angel Olsen - Burn Your Fire For No Witness

Being a folk singer-songwriter in 2014 is not an easy path to tread. When you’re working within a genre where nothing really extravagant is left to bring to the table, it’s difficult to set yourself apart from the rest. Burn Your Fire For No Witness, however, manages to do just that. Not because it desperately tries to break the rules or has an underlying message that is eye-opening or unique; but because, luckily for us, Angel Olsen exhibits a real talent for songwriting. Conveying a conviction that comes across as genuine and innate, so much so, she retains an uncanny sense of freshness.

Lyrically, the album deals mainly with the universal theme of lonesomeness, however, rarely does her music come off as just a bundle of overused cliches. “Are you lonely too? Hi -five” she croons, in the track “Hi-Five,” which feels like a darkly optimistic spin on the classic Hanks Williams track “I’m So Lonesome I Could Cry.” “You may not be around/I am the only one now” Olsen sings in “Unfucktheworld,” again another conflicting tribute to being on your own. Other highlights include “White Fire,” a six minute epic in which Olsen manages to sustain her vocal intensity through a myraid of ups and downs. “Forgiven/Forgotten” is a wild card, with crackling, overdriven guitars and propulsive drumming.

Produced and engineered by the prolific and talented John Congleton (St. Vincent, The Walkmen), the record is held together aesthetically by a tepid, sun-dried, antiquity. Possesing a mild, blown out quality that highlights the beauty of tape compression while maintaining a subtle glow during the album’s more tranquil, placid moments. Olsen’s voice ranges from furious to haunting, coming across as somehow distant yet intimate. Looming almost like the ghost of a loved one, traversing stealthily. It is wispy but rarely fails in intensity or allure. Though the record can trail off a little at points, Burn Your Fire For No Witness suceeds at being a captivating package. Brimming with blood and bold as it is brittle.
This article first appeared in Issue 3, 2014.
Posted 4:35pm Sunday 9th March 2014 by Adrian Ng.