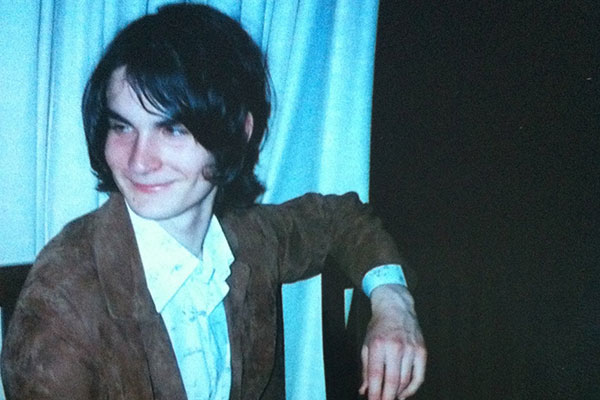 With his third album currently in the making, local songwriting genius Kane Strang talks to Adrian Ng, sharing insights into his songwriting process, his experience recording overseas, and of course giving us an update on his highly anticipated record.

You’re always carrying a notebook around; what kind of things do you find yourself writing down?
I never write down lyrics in these anymore. I’m too scared that I will lose it and someone will find a bunch of sentences that weren’t ready to be read. Lately I use notebooks more for things to do with recording, like sound ideas and structures and that sort of thing.

What was it that attracted you to music? Were there any moments that made you think, “I really want to do this?”
I have felt the need to create music for a pretty long time now. My memory is terrible though, so I can’t think of any particular moments like that. I was a sporty and adventurous kid but I hit my head too many times and the doctors said I shouldn’t do that sort of thing so much. If it’s not the fact that my family is kind of musical then that is probably the reason I eventually sought after a more creative life. Songs are immortal and I have always liked the idea of creating something that will last, too.

When listening to your music I notice there are a few themes you seem to return to. The femme fatale for example is quite prominent. What draws you to these subjects? Is it intentional?
I am a very habitual person so I am never going to be the song writer that has ten songs on an album about ten different things. I guess I return to these themes because I don’t feel I’ve completely covered them yet, like I still have something to say about them before I can move on to something else. I also enjoy the challenge of writing pop songs that are quite dark lyrically.

You recorded your album A Pebble and a Paper Crane overseas last year. What was that experience like? I heard an abandoned bomb shelter was involved?
Recording overseas was both the best and worst experience I have had while making music. Occasionally I would just find the gear I had been looking for and then have to move on to another town. Or maybe I would lose a few tracks when an old laptop failed me. Still, the new environments were really inspiring and it did all finally start coming together in that bomb shelter, of all places. My German friends used it as a practice space and were nice enough to give me the keys for a few nights. It was horrifying. The lights were on a timer so every few minutes the hallways would go black and all you could hear was the death metal band somewhere off in the distance.

You’ve already started recording your new album; have you been playing around with names?
I do have a few in mind. “Sun Sounds” is my favourite at the moment. “Beetroot” is a close second but I’m thinking that’s been done already. “Black Mermaid” is a song off the album and I also considered using that. It will change one hundred times between now and release day.

Are you approaching this album any differently to the previous two?
I am mainly trying to not be so much of a control freak and to ask other people to be a part of the process. I’ve also been trying to take my time a lot more and not let my impatience get the better of me again. All of my recording software is in German which is different, too. I can hardly read a word. Aside from that I have slightly better gear this time and it’s mostly been easier to get the sound I like.

I heard you also have quite a presence in another reality. Can you tell me how I would go about joining your renowned clan in the world of Runescape?
If this was 2009 you could have found it on the forums but those days are long gone. I try not to play when I’m making a new record. It’s sad but I’m probably better at talking about that game than I am at talking about music.