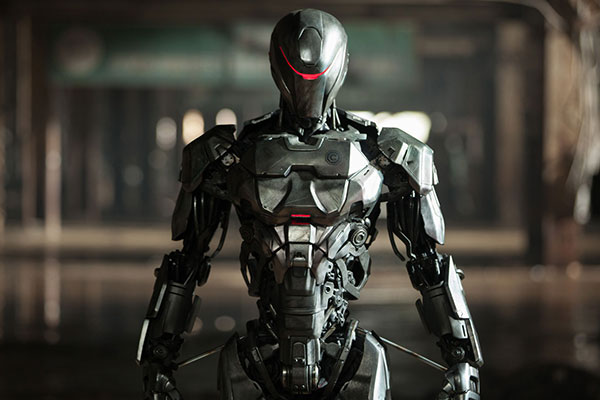 When I heard that the 1987 B-grade action film Robocop was going to be rebooted, the last thing I expected was to be challenged intellectually – especially considering the premise of the film.

Robocop is set in the near future where a debate is raging about what the role of intelligent robots should be in military and policing roles. In an attempt to sway the American public, the robot manufacturers, “Omnicorp,” turn a near-fatally injured police officer into a – well, you guessed it – Robocop.

Despite the cheesy nature of the premise, director Jose Padilha expertly utilises the premise to introduce a decent number of interesting ideas. Themes found in bio-ethics and the possibilities of restorative medicine through technology took centre stage. However, ideas about war, justice and politics all managed to find their place. Though these ideas were only presented and never explored thoroughly, I was impressed they were included at all considering the past material and film genre.

However, these science fiction themes could not entirely make up for some of the weaker aspects. Robocop boasts some impressive actors, such as Gary Oldman, Samuel. L Jackson and Michael Keaton. All of these industry legends were excellent, but it was Robocop himself played by Joel Kinnaman that really let the film down. His acting was so wooden and hackneyed that there was no perceivable difference between sections where he was a loving father, and those in which he had become an emotionless robot. Of course, it doesn’t help that every attempt that the script made at creating emotion was laughable. Fortunately, the action balanced out these painful moments with a range of interesting and varied takes on action set pieces – including an epic scene in which Robocop takes on a fleet of mechanised war machines in a building lobby.

Essentially, Robocop boils down to sections of cheesy emotional scenes, interesting-but-shallow science fiction, and intense action. If you’re a fan of the latter two, then this film is certainly worth seeing.