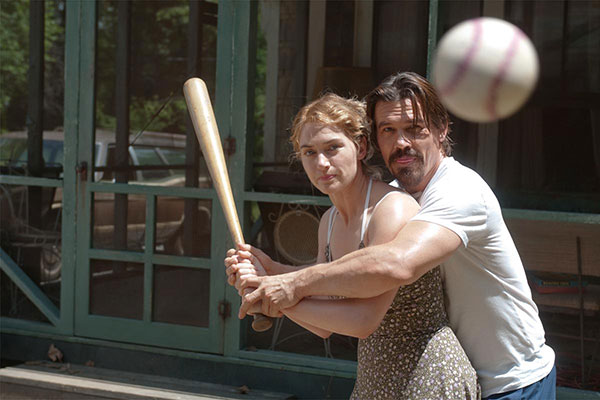 What would you do if a convicted murderer asked you to take him to your home? This is the situation Adele (Kate Winslet) and her son Henry (Gattlin Griffith) find themselves in when they meet prison escapee Frank (Josh Brolin) in the supermarket. As Frank stays with them over the Labor Day weekend, Adele and Henry’s lives are quickly turned upside-down … in more ways than one. Initial fears subside; loves is in the air, and by the end of the film, we as an audience are introduced to a new idea of family.

Labor Day, based on the novel by Joyce Maynard, is a film that truly challenges how we see one another. While the audience initially views Adele as anxious and fearful, we are shown that she will face anything to stand up for her son. We see young Henry to not be a sullen teenage boy, but one that will strive hard to make his mother happy again. And then there is Frank. Frank, who looks as though he’d probably eat you, actually has a tender heart. He cooks, he cleans, and he teaches Henry baseball … who would have thought?

Winslet gives a stunning performance as Adele. She portrays both Adele’s vulnerability and strength in such beautiful harmony. The soundtrack is also well used to create moments in the movie that are truly spine chilling. However, I feel the downside of the movie is that Frank was never made out to be as frightening as he could have been. I would have liked to be sitting in my seat wondering about this strange “loose-cannon” of a man. But, instead, he was a lot kinder than I expected. It was hard to know if this character ambiguity was the director’s intention or not.

All in all, Labor Day is a beautifully executed film that is well worth a watch (accompanied with a bucket of popcorn, of course). Oh, and in regards to my initial question – if this film is anything to go by – you should give a would-be murderer a lift. According to this movie, you’ve probably found your soul mate.
This article first appeared in Issue 3, 2014.
Posted 4:35pm Sunday 9th March 2014 by Ashley Anderson.