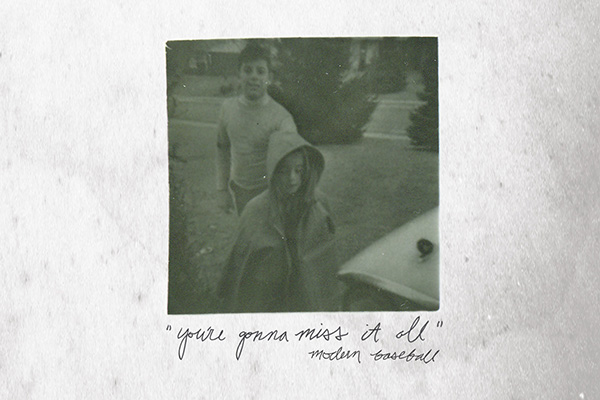 Modern Baseball - You're Gonna Miss It All

If this record had come out seven years ago, it would’ve been a solid fixture in my CD collection; wedged right between A Lesson in Crime and From Under the Cork Tree. With the angst of emo’s old generation like Sunny Day Real Estate and Built to Spill, and the pop-punk energy of Blink-182, Modern Baseball are part of the current emo-revival fuelled by dudes who grew up listening to the first wave. Just like some of the 90s-revival bands that have put out decent albums in the last few years (Yuck, Pains of Being Pure at Heart), Modern Baseball won’t give you anything radically new on “You’re Gonna Miss It All,” but what they do give is pretty radical, anyway.

“Your Graduation” is an everything’s-fucked-I’ll-show-you-all-one-day banger that takes you on a fifth form heartbreak nostalgia trip, while “The Old Gospel Choir” begins as a Modest Mouse track and ends in an ultra groovy breakdown, dropping sass along the way like: “Sharp as a tack but in the sense that you’re not smart, just a prick.” “Two Good Things” could be the cheesiest “Why?” song you’ve never heard. However, it’s the most sombre, self-deprecating track on the album that I found myself going back to. “Timmy Bowers” is a slow moving acoustic ditty about “living more like a piece of shit without you” that bounces along in the middle of swirling ambience and reverb. Two-thirds of the way through the LP, it’s a nice break from the intensity of the relatively heavy first seven tracks.

The amount of angst exerted on this record is one of its greatest strengths, but also the thing that makes it hard to really connect with as a (somewhat) grown-up person. When, finally, you’re able to identify why he/she just wouldn’t notice you, and how it actually was fair because you were kind of an asshole back then, it’s easy to feel pretty silly about the whole thing. Listening to “You’re Gonna Miss It All” was like getting a beer with an old friend from high school: you remember what you loved about them, but also why you’ve moved on. It’s still good to catch up, though.