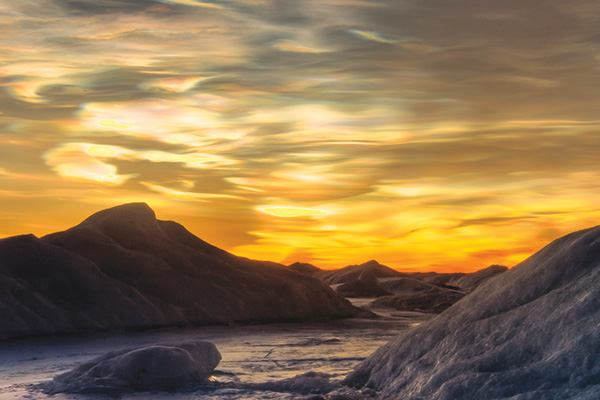 Antarctica: A Year on Ice

When the Dunedin International Film Festival schedule was released this year I was excited to see what would be kicking off the festival. Every year the opening film is something unique and spectacular, such as last year’s Moonrise Kingdom (directed by Wes Anderson). I was a little surprised, therefore, to see that this year’s festival was being opened with a NZ-made documentary about Antarctica – I mean, surely there’s nothing particularly special about that. However, after having watched the film I can’t think of anything more appropriate. This film is equal parts unique and spectacular.

This film wasn’t made by a National Geographic or BBC film crew that spends a few months gathering footage, but by a true Antarctican (that’s what the veterans call themselves, apparently). Anthony Powell was born and raised in Taranaki, New Zealand, but has spent most of the last decade in Antarctica. Though he works as a communications expert, Powell has also spent the last decade filming the continent.

This isn’t just any ordinary filming, but the most spectacular time lapses you will ever see. The film is full of stationary and moving time lapses that you really need to see to appreciate. Everything Powell films, from Aurora Borealis to the ever-shifting ices, is a visual feast that gives you the most tangible impression of Antarctica possible without requiring you to actually visit the frozen continent.

These shots are all the more impressive when you take into account the complications surrounding filming in such conditions, and even more so when you consider that this was all initially compiled as a hobby. Powell created his own filming techniques and technologies to make these shots possible. In a press release, he described having to find ways around complications such as temperatures so low that they literally froze the battery and LCD screen of his cameras, and not being able to look through the viewfinder as it would freeze his eyelashes to the camera.

Powell wove this incredible photography into an account of living in Antarctica for an entire year. Through his own accounts, and those of various others at Scott and McMurdo bases, Powell tells the story not only of the year’s events, but also of the psychological and emotional journey that those who live there experience. After first watching Powell’s film I was amazed that something like this wasn’t created years ago. However, this is a film that only someone with Powell’s unique perspective could pull off. Powell uses his position and relationships within the bases to acquire information and stories that would not have been possible for a visiting documentarian to acquire.

Unlike seemingly every other documentary made about Antarctica, this film is without any agenda other than representing what it is like to live in Antarctica. This is not to say that it doesn’t touch on themes such as environmentalism – these ideas are present, but they’re not shoved down your throat. Because of this I walked away eager to discuss these issues rather than ignore them.

All of this content is held together with the deft touch of a true documentarian. Though this is Powell’s first documentary, the film is structured perfectly and every scene evokes a different emotion, taking the viewer on what feels like a real journey. Scenes that could easily have been straight description are injected with true emotion: a scene depicting the simple unloading and loading of a boat is infused with real tension by the knowledge that this task is a race against time.

This year’s International Film Festival is packed full of incredible films, but there was no better way to kick it off than Anthony Powell’s Antarctica: A Year on Ice. Make sure you catch it on re-release or DVD. The film has something for everybody: breath-taking visuals, heart-tugging stories, informative content and, unlike every other documentary about Antarctica, presents no agenda. But don’t be surprised if the movie starts a deep conversation or two.
This article first appeared in Issue 19, 2013.
Posted 2:29pm Sunday 11th August 2013 by Baz Macdonald.