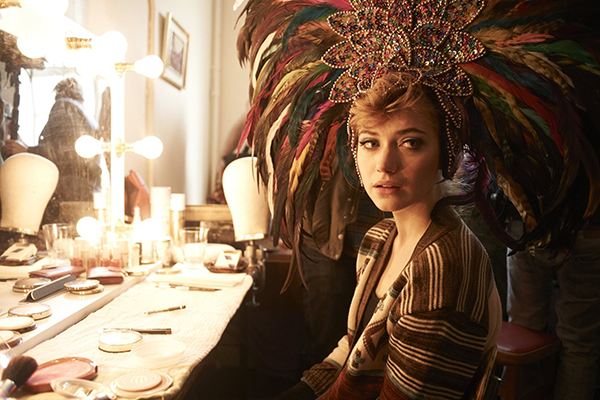 The Look of Love

This biopic, directed by Michael Winterbottom and starring English comedian Steve Coogan, tells the true story of real estate mogul and smut peddler Paul Raymond. Though Paul Raymond is not well known to our generation, he was once known as the “King of Soho” due to the large number of properties he owned in London, and there was even a period during the 90s when he was the richest man in Britain.

Coogan does an excellent job as Raymond, playing on his strengths as a wry English comedian while also coping surprisingly well with the many moments of pathos. The other stand out talent of the film is Imogen Poots in her role as Raymond’s daughter Debbie.

There are moments where this film stylistically hits the sweet spot. However, it changes cinematic styles every five minutes, and therefore such moments are unfortunately few and far between. The start of the film does a particularly good job portraying the splendour and spectacle of 1950s burlesque, where Raymond got his start. Though the true story dictated the use of drugs, it was a shame to see the script and directing slip into the many clichés associated with substance abuse in films.

Overall, The Look of Love tells a fascinating true story that has a lot to say about the cultural evolution of the past 50 years. There are moments where all the elements of the film combine to make something very special, but you’ll have to sit through a lot of middle-of-the-road content to get to them. Oh, and by the way … there is an exceptional number of titties in this movie.