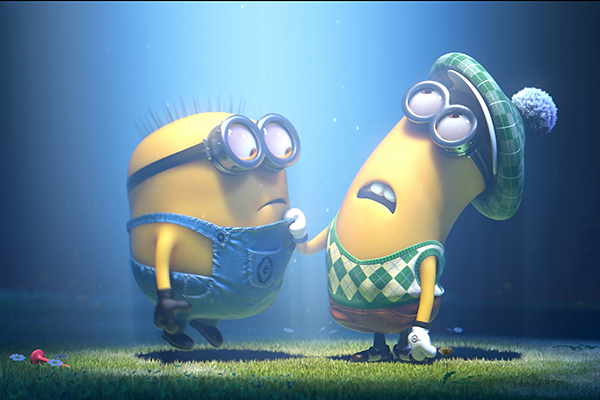 Heading off to see Despicable Me 2 I was filled with high hopes of fake Russian accents, adorable one-liners and, of course, the darn cutest minions you’ve ever seen. Within the first couple of minutes I already knew that I was not going to be disappointed.

The movie takes off right where the original ended. Gru (Steve Carell), after turning over a new leaf and saving the world, is now assimilating himself into a suburban lifestyle of jam concocting and children minding. His life, however, gets turned upside-down when he is hired by the AVL (Anti-Villain League) and charged, along with young and plucky agent Lucy (Kristen Wiig), with saving the world once more. What follows is an adventure that is sure to keep a smile plastered on your face for the entire duration of the film.

The producers obviously understood what the audience loved about the first movie, as the sequel has minions galore. Again, the minions sing, fight, cry and laugh their way into our hearts with their innocent speech and endearing voices. Combined with Agnes’ ability to make you “awww” with everything she says, the characters are certainly winners. Plot-wise, the story had something for everyone – be it romance, espionage or adventure – which definitely makes the movie a crowd-pleaser.

Admittedly though, I did inwardly groan at the “evil” serum that turned rabbits into angrier, fluffier, and more purple versions of themselves. It seemed a bit too The Curse of the Were-Rabbit for me. Yet the “sinister” plan redeemed itself in the end, and even became a little frightening (for the young ‘uns, of course).

While the ending was predictable, it is a kids’ movie after all, and I take my hat off to any children’s film that can get me so emotionally invested that I get a little teary. I will wait in eager anticipation for the next instalment.