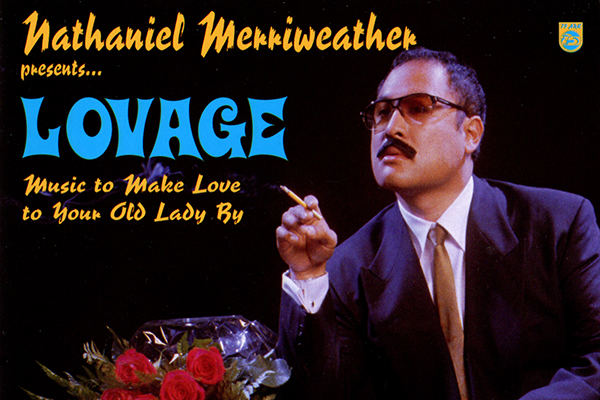 Coinciding with this issue’s theme of sex, Critic explores the very best – and worst – albums to make love to.

Ignore the album cover. When it comes to “soundtracking” coitus, Massive Attack’s third album Mezzanine is the undisputed champion. Regardless of where you are, what state you’re in, who you’re with and in what position, the album’s brooding textures and breathless vocals will make it spiritual experience. Totes essential.

Lovage - Music To Make Love To Your Old Lady By

Lovage’s Music To Make Love To Your Old Lady By was a one-off collaboration between Dan the Automator, Kid Koala, Mike Patton and Jennifer Charles. Although riddled with goofy interludes, the album’s smooth beats and sultry vocal interplay between Patton and Charles are sure to bring a sense of class to even the most unsanitary of sexual circumstances.

This one might cause a few raised eyebrows. Loveless is the definitive shoegaze album – a genre built on angelic vocals and walls of fuzzy, distorted guitar. Though at a glance this seems like a record more fit for Critic’s Albums To Get Nauseatingly Stoned To list (to be featured in a future issue), Loveless is startlingly good at setting a sensual mood. Maybe chuck it on, make out for a bit, see how its druggy guitars and dreamlike melodies are treating you. You may be pleasantly surprised.

The legendary French house duo’s first album is their sexiest work by a country mile. From the silky smooth “Revolution 909” to the thumping bass of “Da Funk” and “Around The World,” to the euphoric climax (pun very much intended) of “Alive,” this album is sex in the form of fat-bottomed dance music. The abrasive likes of “Rollin’ & Scratchin’” and “Rock ‘n’ Roll” may kill the mood for some, but if you’re anything like me they’ll have quite the opposite effect.

That crazy Icelandic lady with the swan dress? The very same. Though sexual overtones were nothing new to her music, it was on Björk’s fifth album that she really pushed sex to the fore lyrically. Vespertine has a delicate, cocoon-like sound perfect for that more gentle and affectionate kind of lovemaking. Earlier tracks like “Human Behaviour” may show a feistier Björk, but it’s on this album you’ll find her crafting a far more sensual atmosphere with little more than her whispers.

David Hasselhoff - The Night Before Christmas

Yes, David Hasselhoff made a Christmas album. Ye gods. Nothing in the history of recorded music will snuff out your arousal faster than The Hoff’s psychotically ill-conceived renditions of your favourite Christmas carols. This shit isn’t just bad; it’s Satanic. Don’t be surprised if his sanity-consuming version of “Jingle Bells” comes on shuffle when you’re getting with a guy or girl and they promptly vacate your house, never to return your calls again. Even “Hooked on a Feeling” is preferable to this.

This album caused a sea of Metallica fans to make threats against Lou Reed’s life. I don’t particularly blame them; this 87-minute monstrosity of Reed mumbling faux poetry (is fauxetry a word?) over Metallica’s most boneheaded riffs this side of St. Anger really, really shouldn’t exist. Nor should you at any point consider putting it on your copulation playlist. Lars Ulrich’s semi-conscious drumming and James Hetfield repeatedly proclaiming “I AM THE TABLE!” will likely result in all parties drying and softening up within a matter of seconds. Tears may follow.

Where do I even start? I actually fucking love this record. But when it comes to getting intimate, the last thing I’ll want to chuck on in the background is an avant-garde jazz double album … call me old-fashioned. You’re welcome to try and bang along to its freewheeling drums and squeals of saxophone, but don’t expect to sustain any sort of rhythm (or erection).

Though this doesn’t exactly qualify as an album, we feel it deserves a mention. As I’m sure many of you have discovered, nothing shatters a carefully-constructed air of intimacy faster than a song on Spotify fading into that grating Aussie girl’s offers of a premium membership. It doesn’t matter how great a vibe you had going, or how close you were to finishing – she will kill it dead. To help illustrate just how irritating these ads are, we wrote this paragraph in a really obnoxious font and shoved it between two others in an attempt to completely massacre any sense of flow.

Worst offender: All of them

Whether you consider Dave Dobbyn’s Loyal the highpoint or lowpoint of New Zealand pop music, this album was not intended to accompany intercourse. If the man’s curly ginger mullet and penchant for knitted jumpers were not already a large enough turn-off, try listening to the music itself. Those tuneless guitars. That yodelling, hair-whitening fucking voice. If your memory needs a jog, just call Studylink’s 0800 number and hold for a moment. Just make sure you aren’t having sex at the time.