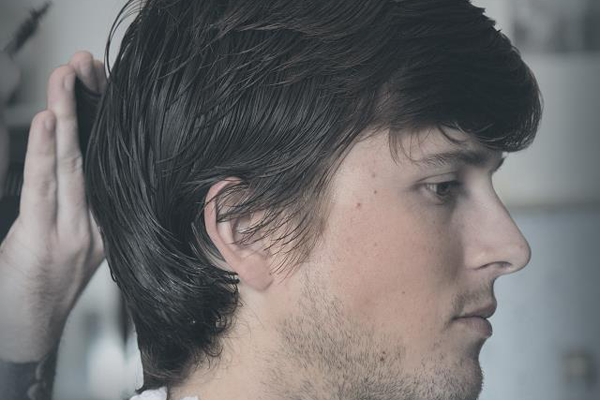 Mali Mali is a North Shore alternative trio fronted by singer-songwriter Ben Tolich. They have just released their debut album Gather ’round the Gooseclock (reviewed in the last issue of Critic), and are about to embark on a tour of the country. Critic caught up with Ben over the phone recently to chat about his experience of recording the album, what the hell a gooseclock is, and what he has planned for the future.

How does it feel to have your first full-length record out?

It’s a big load off my mind! It feels really good. I’ve been sitting on it for about a year, it’s only when other people can hear it that it becomes real, I guess.

It was this time last year that I went to record it, that took about two and a half weeks. It’s been a long time preparing to release it, getting the artwork right, getting the final mixes and stuff. It’s crazy how long it can take.

Could you tell me a bit about the recording of the album? Who was involved?

I recorded it with Mark Myers in Australia, he’s from a band called The Middle East. I’m a big fan of them and a friend of mine Luke Thompson gave him my EP, and he sent me an email saying he really liked it and would be keen to record. It was really exciting. I was there for two and a half weeks recording in his home studio, then he did some post-production and recorded some stuff after I left. It was a surprisingly fun time, really stress-free!

Did any of the songs you’d written for the album change once you got in the studio?

Yeah, there were a couple of songs I still hadn’t figured out. There’s a song called “Bury” and its third verse was originally quite a rocking, full verse, but for some reason I wasn’t happy with it. At the last minute, I decided to throw out that whole verse and make it a really slow build up – that’s now one of my favourite parts in the album. Some of it’s also improvised, like the piano at the end of “Peace In My Chest” was just off the top of my head, and again I’m really happy with how it came out.

Do you have a favourite track from Gather ’round the Gooseclock?

That’s hard to say, I’m really proud of all of them. The first track, “Pages” and also “Bury” – I’m really happy with how those ones ended up. I think the last track, “Swims Alone,” was kind of the catalyst for the album – it’s one of the first songs I wrote, so I have a soft spot for that one. I feel there’s two halves of the album: the first half is quite scenic, more painting a picture, whereas the second half is more honest and digging deeper into my head.

Tell me about the title of the record.

“Gather ’round the gooseclock” is an in-joke within the band. There’s a flat that I used to stay at and there was a goose-shaped clock just on the wall. There’s a couch under it and we’d always sit and have deep and meaningful chats, so whenever we decided we needed to talk about something important we’d say “time for a gooseclock.” Haha!

What were your biggest musical influences when writing the album?

Well, there’s the big guys I’ve liked for ages that always sit somewhere, y’know – Radiohead or The National. Around the album recording, I really was into songwriters like Leonard Cohen, Bill Callahan, Sufjan Stevens – people who can write a good song without lots of trickery.

What’s the biggest compliment somebody could give your music?

It’s always nice people saying certain songs have spoken to them. I guess that’s the main thing – it getting to people and meaning something to them … to know it’s reached someone on a deeper level, inspired them in some way, or played with their imagination, is a huge compliment.

What’s next for Mali Mali?

We’re finalising a tour, and we’re coming to Dunedin! On the 14th of June, we’re playing at Queens Bar. We’re just doing a small national tour – Wellington, Christchurch, Dunedin and then Auckland. Apart from that, just trying to get the album out there I guess … I’ve been so focused on this album that it’s been hard to write new songs, though I’ve got two new songs that I really like. Gather ’round the Gooseclock is quite basic in some senses, and I’m really glad to have an album like that, but with these new songs I’d like to be able to do something a bit more … crazy? It takes more effort to write stuff like that, so I need a good amount of time to figure that out.