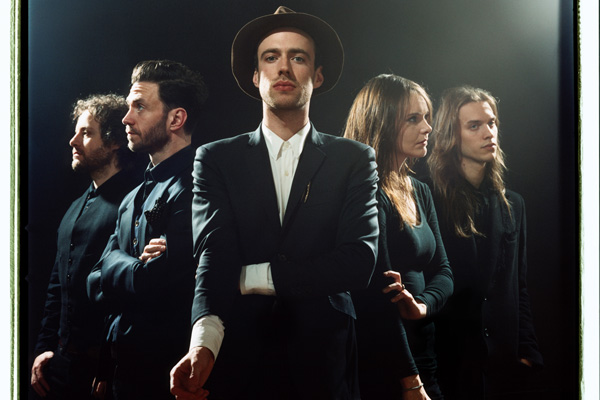 The Veils - Time Stays, We Go

Uninspired and thinly produced, Time Stays, We Go fails to hit the mark.

The Veils are one of those cult bands I always wanted to get into, but never bothered to properly investigate. Though the number of people aware of the London-based indie rock outfit is seemingly small, what I have heard of them has been almost unanimous praise. Not counting a couple of promising snippets I’ve overheard in social occasions, new album Time Stays, We Go was my first proper taste of their music. Unfortunately, despite the promise from its accompanying press release that The Veils’ latest record is their best to date, I emerged from the far end of Time Stays, We Go disappointed.

Said press release talks of the band hurtling back from their recent hiatus with renewed vigour and vehemence, and for the first fifteen seconds of Time Stays you really believe it. First track “Through The Deep, Dark Wood” shoots for urgent and massive-sounding alternative rock, featuring a galloping drum beat snapping at the heels of a Horrors-y wall-of-sound riff, but the song is sucked of all momentum the moment Finn Andrews opens his mouth. Maybe it’s the unevocative nature of his voice that is his downfall, maybe it’s his unconvincing attempt at world-weary lyrics (Andrews is still in his 20s), or maybe it’s the paper-thin production that plagues the album as a whole, rendering his vocals in particular grating and lifeless. Whatever the cause, “Through The Deep, Dark Wood” runs out of steam shockingly quickly.

By the time the song draws to a close you are not left feeling excitement for the album ahead as much as exhaustion, and unfortunately Time Stays fails to ever really make up for this false start. The three-song suite of “Candy Apple Red,” “Dancing With The Tornado,” and “The Pearl” provides the listener with twelve minutes of solid, groove-driven goodness, but the rest of the record fails to rise above the arid production and glaring lack of engaging lyrics. Most of Time Stays’s songs simply aren’t musically captivating or original enough to bother with, trapped in a hackneyed style of alternative rock done better by groups like Editors and The Libertines a decade ago.

Time Stays, We Go is not a terrible record, simply a huge letdown considering The Veils’ massive reputation. The legendary band I’ve heard such wonderful things about may still be out there somewhere, awaiting me on a previous album with open arms, but they’re certainly nowhere to be found on this record. That’s the last time I pay any fucking credence to a press release.