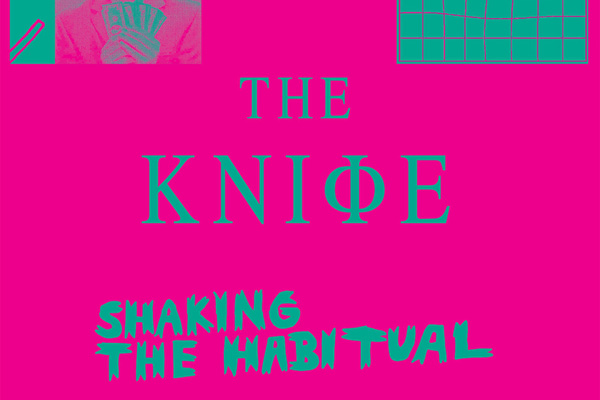 The Knife - Shaking The Habitual

The Knife are back, darker and stranger than ever.

For the uninitiated, The Knife are a Swedish electronic duo consisting of Karin “Fever Ray” Andersson and her younger brother Olof. The siblings splice together an eclectic array of genres including synthpop, industrial, world music, and ambient to create a technicolour sound that defies mimicry or categorisation. At 96 minutes in length, new album Shaking The Habitual sees The Knife at their most self-indulgent, but also their most creative and evocative.

As far as deviation from their previous work goes, Shaking The Habitual is a more fractured and experimental affair. Though melodically captivating, this album has very little in the way of serviceable pop, often too menacingly executed or lyrically haunting to be easily digested. Those looking for another synthpop anthem à la Heartbeats will instead find caustic, skeletal blasts of psych-industrial and several ominous ambient soundscapes, one of which (“Old Dreams Waiting To Be Realised”) reaches almost 20 minutes in length.

Vocally, Karin is as enticing and outlandish as ever. The obvious comparison to her naked voice is fellow Scandinavian Björk, though Karin is often extensively processed and pitch-bent down to a low, androgynous croon. This fluidity of gender in her voice is perfect for the album’s progressive lyrical themes, which subvert preconceptions of gender, sexuality, and race.

What awed me most about this album was its dichotomous instrumentation, which blurs the primitive (bongos, flutes, zither) and the futuristic (synthesizer, programmed beats, distorted bass) to stunning, seamless effect. The exotic and often indeterminable sounds of which it is comprised make Shaking The Habitual more comparable to the likes of industrial innovators Einstürzende Neubaten and Coil than The Knife’s previous contemporaries, indie temptresses Lykke Li and Austra.

But however esoteric and abstract Shaking The Habitual sounds on paper, in practice it awakens something very primal within your gut. This is not music to contemplatively stroke your beard to, but to physically submit to and convulse along with. Those seeking an exemplary sample of this album should look no further than the Amazonian rain dance “A Tooth For An Eye”, the industrial assault of “Full Of Fire”, or the Kashmiri crunch of “Wrap Your Arms Around Me.”

Elemental, immense, and cerebrally satisfying, Shaking The Habitual is quite possibly the finest album The Knife have ever produced.