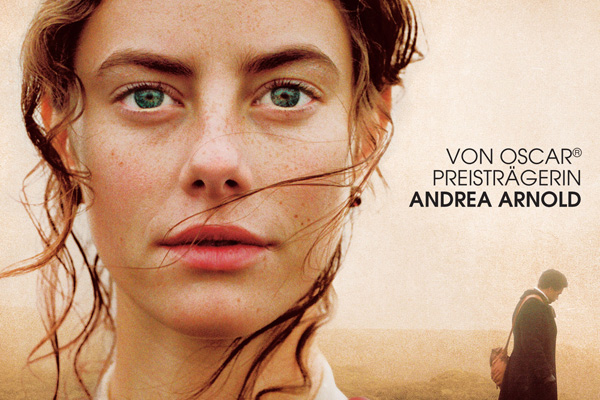 To physically represent the angst at the heart of the story, the opening of Wuthering Heights shows Heathcliff banging his head against a brick wall. This is precisely what I felt like doing for the first half of the movie. The characters are unlikable, the shaky camera technique made me nauseous, and the content was disturbing and painfully slow-moving, spanning out for a mammoth two hours and nine minutes.

However, the irritating languidness slowly became strangely mesmerising as the film progressed. For a film to make such an impression is undoubtedly powerful, and left me thinking about it long past the end credits. The scenes full of earsplitting silences and sweeping shots of the moody English moors were skillfully crafted, and director Andrea Arnold has really constructed a piece of visual art.

The benevolent Mr Earnshaw, Cathy’s father, invites a young orphan boy into the family farmhouse in windy, muddy Yorkshire. The members of the family treat him with revulsion – all except Cathy, the younger version of whom is played by Shannon Beer, and the older by Kaya Scodelario (a.k.a. Effy from Skins). Their relationship intensifies throughout the film.

It would seem unnecessary to have another remake of Wuthering Heights (there have been over 30 adaptations of Emily Bronte’s novel, each dryer than a statistician’s sex life) and yet this is the first that somewhat controversially cast a black man to play the “gypsy” Heathcliff. This cogent decision by Arnold creates an even more potent gulf between Heathcliff and the Earnshaws, particularly Cathy. Solomon Glave’s portrayal of the younger Heathcliff is utterly convincing and charming; and as the older Heathcliff, James Howson encapsulates the nasty, misunderstood character.

Unfortunately the stunningly evocative visual feast cannot compensate for the execrable central romance between Cathy and Heathcliff. The film does justice to the story by not cushioning the intensely consuming and violent passion between the pair. The two main characters are so selfish, jealous, moody and hateful, it makes Twilight look like Mary freaking Poppins.

Arnold has reimagined the classic story and brought out its most visceral, passionate elements. The film has been criticised for misunderstanding the storyline. I don’t see it as a misunderstanding but a beautiful interpretation of Bronte’s classic.

The final scene with Mumford and Son’s eerie, husky tones playing over a flashback of Cathy and Heathcliff playing in the muddy moors is gut-wrenchingly powerful and left me feeling mildly depressed. On a cheery note, it’s always a bonus to see a period drama without Keira Knightley’s single pained expression wincing back at me the entire time.