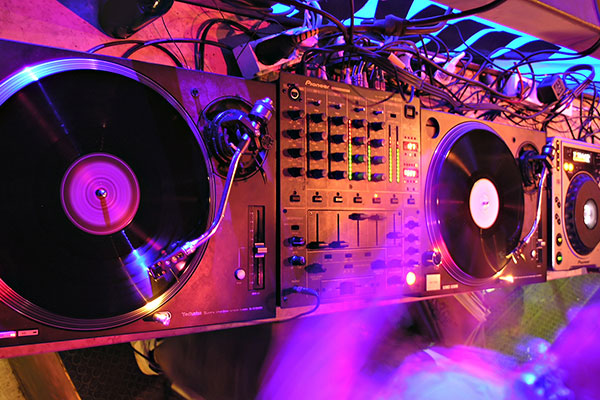 Music means so many different things to so many different people. But it can also be produced in so many different forms for so many different reasons. More specifically, it can basically be split up into live music and recorded music. It should be simple, right? Make great sounds with your instrument by yourself or with others, and if people like that then just stick a microphone somewhere on your laptop and get famous, biatch. Unfortunately, that doesn’t really work anymore. The masses have become uniform in their borderline obsession with stagnant, formulaic, and coldly manufactured songs, but the flipside of this is an unwitting savviness of production and recording methods.

Because the canon of popular music has been losing its variation in song writing for a while, it has entrenched the idea of the “proper” way a recorded song should sound to us: full, robotically perfect, loud. Statistically, music isn’t just getting blander; it’s all getting louder, a whole lot louder. That uniformity has led to the perception that no matter how amazing the song is, if it doesn’t “sound” as good/clear/loud as another song, it’s worse. There is an expectation, solidified by years of banal popular music, of how a song should sound or be recorded. This is fine, I can accept that. I admit that I am not enamoured with sound production in any way. It’s laborious and dreadfully boring, and for me it’s just a means to an end so people can listen to my music without me being in the room playing for them. Even I have my limits, though. No matter what type of music it is, production needs to be accessible enough for people to enjoy the songs in the first place. For example, Daniel Johnston is one of my favourite songwriters of all time. He can be childish yet harrowingly sad and painfully accurate with simple technique and an eccentric voice, yet I can only listen to a few songs at a time due to the recordings being the musical equivalent of a person dragging the claws of a hissing cat down a chalkboard being played through a distortion pedal down the far end of tunnel as child pokes you in the face asking you if you are there yet when clearly you only just left the house. It’s the worst kind of torture. So I get it. But no matter how hard the recordings try to kick my soul in its balls, they are fantastic songs, in spite of the production. “The Story Of An Artist” will always affect me immensely. But if Daniel Johnston wrote a club banger tomorrow, the recording quality would kill any chance of success. It would be a bad song in the mind of the masses. But if Rihanna sang the same song with David Guetta on a beach pretending to DJ even though his mixer is clearly not even plugged in, the kids would froth that shit.

I could perhaps accept that bad production should be equated to a bad song, but only if everyone who held that opinion had tried to record something themselves. When you hear a song live, you listen as much with your heart as you do with your ears. You feel the swell lift you up, tug you through emotions, and hold you on a string — at least, you do if the artist is any good. When you hear a recorded song recorded, you listen less with your heart and more with your brain. And to create something that people listen to with their brains demands even more brains. There’s not just one microphone in a room with a band. There is a microphone for every piece on the drum kit, two on the snare, up to four on just one amp and more microphones just sitting in the middle of the room. It’s crazy, and they still have to be mixed to sound good together, and that’s not even thinking about all the extra vocals, added guitars, kazoos, and the challenge of playing all of it correctly. Rihanna does it perfectly, but she can also afford to. Not every musician has her money or her team of production brains, but many of them have amazing songs, and nothing should take that away from them.
This article first appeared in Issue 22, 2012.
Posted 5:17pm Sunday 2nd September 2012 by Isaac McFarlane.