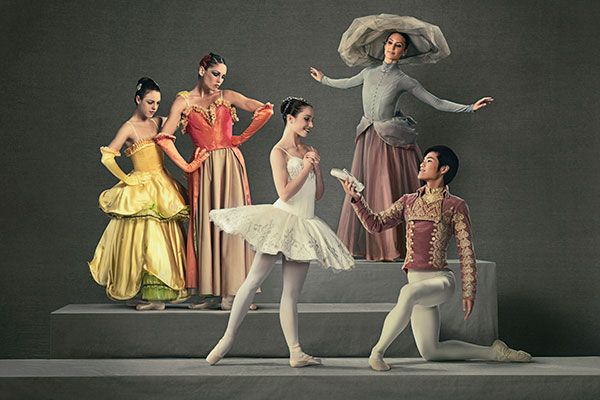 Darling, Let’s go to the ballet!

Last week the Royal New Zealand Ballet graced our town with their TOWER Season of Cinderella, a classic story brought to life by a talented and delightful company. The creative spin on the timeless rags-to-riches love story brought a breath of fresh air to the Regent stage. Every aspect of the performance was a marvel to behold. The colours of the beautiful costumes followed the story’s emotional trajectory, complementing every move the dancers made. The huge set pieces helped cement Cinderella as a grandiose theatre production. Particularly stunning was Cinderella’s fairy godmother, who slowly descended from the rafters on an elegant bench swing. The classic ballet format of three acts with intervals can easily be boring, particularly for the kids at the matinee performance, but this production kept the whole audience in their seats throughout the intervals, eagerly anticipating the next installment. Christopher Hampson’s choreography was out of this world; both the solo pieces and the group work were exquisite.

I was in complete awe of the ugly stepsisters — the colourful characters got plenty of laughs from the audience, particularly the ditzy sister who managed to simultaneously look like she couldn’t dance and pull off extreme moves and splits. Despite the lack of dialogue, the character work was phenomenal. Each role was well formed and believable, making every scene enjoyable. As a confirmed theatre nerd, I thought the best element of the production was the lighting. I couldn’t find fault in any other areas of the performance, but the lighting really stood out. Sidelights beautifully illuminated the dancers’ bodies as they moved around the stage, which was decked out with simple but classy set pieces.

My favourite scene was the dreamlike fairy godmother sequence. A huge tree spanned the back of the stage, champagne-hued flowers dangling from its branches, while the moon was depicted as a giant, marbled-pink flowerhead. I struggled to keep my mouth shut as I gawped at the beauty. I don’t think I’ve ever been so moved by a ballet before, particularly one that tells such a well-known story. I hope that the performance inspired the children twirling around the aisles in their dance gear to grow up and become ballerinas themselves. I wonder how many will end up on the stage? One thing’s for sure, Cinderella certainly made me rethink my degree.
This article first appeared in Issue 22, 2012.
Posted 5:17pm Sunday 2nd September 2012 by Bronwyn Wallace.