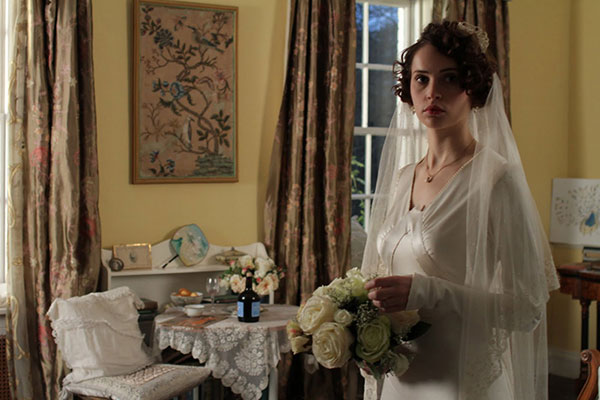 Cheerful Weather for a Wedding

Cheerful Weather for a Wedding is, ironically, not that cheerful at all. The film follows the painstakingly dull Dolly (Felicity Jones), who on her wedding day realises that she is entering a loveless marriage orchestrated by her overly possessive mother.

In the lead-up to the wedding Dolly’s house is a hub of activity as tetchy relatives await her arrival. The film continuously cuts from Dolly swigging on a bottle of rum in her bedroom to the living room, rife with ex-lovers, makeshift bombs, and examples of her life to come.

The actual wedding itself does not feature, and it is only the post-wedding photos that hint that vows have been exchanged. The most cheerful part of the film is the flashbacks that tell the story of Dolly’s pre-marital life, specifically her whirlwind summer romance with ex-lover Joseph. Dolly enjoys a summer of happiness and contentment until Joseph shatters the mood with the announcement he is leaving. However, this is not before the couple have one last tryst in the family glasshouse, only to be caught by Dolly’s disapproving mother. Dolly’s passionate summer with Joseph is a stark contrast to her current marriage, creating a foreboding sense that although she is moving to the other side of the world with her new husband her love for Joseph still lingers.

In my opinion, dry English humour is the best kind. However, in this case I found that even though the film was a comedy I couldn’t muster up a single laugh. The film had all the comedic potential, but couldn’t quite deliver. I put this down to the fact that the humour was directed at a significantly older audience, which was reaffirmed by the constant giggles from the group of middle-aged women sitting behind me.