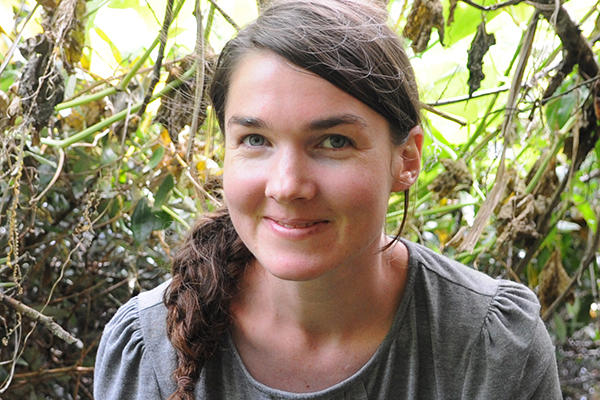 New Zealand-born director Alyx Duncan took time out from the busy international film festival circuit to speak to Jane Ross about her debut feature film, The Red House, which is screening at the NZIFF this Friday at 6pm at Rialto.

You describe The Red House as a fictional essay in which you pose the central question “Is home where you are from, or what you carry inside you wherever you go?” How does this question resonate for you?

In some ways I feel it’s possible to be at “home” in other parts of the world and carry my identity and sense of “home” inside me, but I always hold this small island (Waiheke) in the centre of my being. This connection ultimately draws me back to New Zealand. Four years ago my father called me and told me they intended to move away and would have to clear out and possibly sell our family home. I was struck by the thought that all the memories of my childhood and my family would get erased from the physical environment. I wondered whether, if I went back to that place years later, I would still feel it was home.

This film has two main characters – your father, Lee, and your stepmother, Jia. How did you come to involve your family in this film?

Originally I had set out to make a very different film – a short experimental documentary, with the house as the main character. The human characters (my parents) were really only there as background extras. However, once we started shooting I found my lens was increasing drawn to the real people, and so we moved to devising a story more focussed around characters they could play. Obviously they are not actors and in fact are very private, shy people. Yet there’s something very intriguing and honest about the movement of people within their “natural setting”.

You make specific reference to how the film gives a personal perspective on globalisation. What do you perceive to be the apparent external forces?

I think many of the aspects of our lives now are informed or transformed by globalization. The outside influences that intervene and start the action of the film is that Jia’s parents need her to return home to care for them. Once home, she doesn’t recognize her city. It’s changed from the traditionally constructed city that she knew into a modern mega-city that embraces a certain amount of homogenization – like many different cities of the world now. For Lee, he feels the small island where he chose to live his life has changed in ideology. He is trying to understand his place in a world that’s changing from a small community, that’s been relatively self-contained, to a place that is shaped by the currents of wider consumer-oriented markets.

I really like the observation that you made about the filmmaking process in terms of how you have to be present in the moment to be able to recognise that something special is happening. Can you describe one of those moments for me?

One of my favourite shots in the film is the one looking down the tunnel in the train. I was lucky during that shoot. Francisco, who was the primary cinematographer for the China section, was shooting the main action with Lee and Jia so this gave me freedom just to look and find moments. I happened to be at the front of the train as we went into the tunnel and I pressed my lens against the glass to stabilize it and held it there recording till we came into the next station. It wasn’t a shot I’d shot-listed or planned but I really love its memorizing quality and how that shifts our reality as we enter the new city.

What has been the best part of the making your first feature film?

It was fulfilling using a poetic way of saying something that is true and real. It’s deeply satisfying coming to know people, whom I thought I knew, from a different perspective. The film feels quite honest and simple and although the process was demanding, I felt very satisfied when I felt it was coming together.