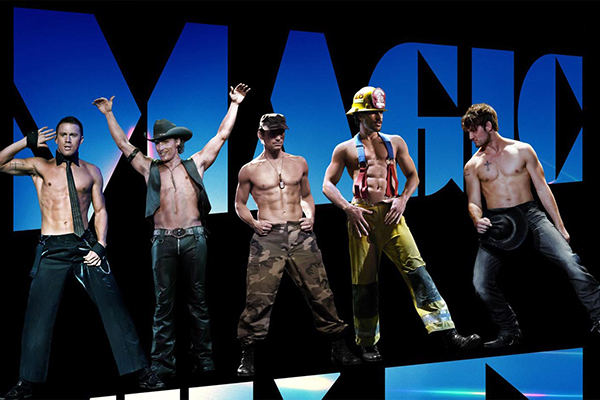 If you like shimmering well-oiled abs and perfectly tanned man-buttocks, then Magic Mike is the film for you. Magic Mike is based loosely on Channing Tatum’s life as a teenage stripper before he made it as an actor in Hollywood.

Set in Florida, the movie follows 19-year-old Adam (Alex Pettyfer), who happens to stumble into a nightclub and meet a male stripper known as “Magic Mike” (Channing Tatum). Magic Mike is a pipe-dreaming entrepreneur, but moonlights as a headliner in a male revue run by Dallas (Matthew McConaughey). Mike takes Adam to his strip club “Xquisite” and introduces him to Dallas, who convinces him to fill in for one of his dancers. Mike takes Adam under his wing to teach him about dancing, stripping, and the easy money that comes with it. Mike lives by the motto, “Sex, money and women – what’s not to like?” However, things turn out to be much more complicated, and what starts as a one off fill-in gig soon leads to Adam joining the strip team and falling into a world of drugs and sex.

There isn’t a whole lot of storyline to hold this movie up, but let’s face it, when Channing Tatum is rollicking around half naked, who the hell is interested in subtle plots and underlying themes? The dance numbers are well choreographed, and if nothing else are quite enlightening as to the cheesiness of the business.

The only let down in the entire movie was the absence of any full frontal nudity. But what can I say? Dance, song, and man candy — what else could a 25-year-old woman want? Go and see it, but leave your other half at home.