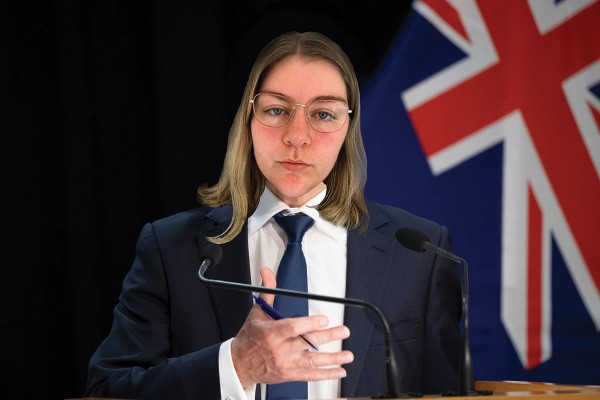 Lots of déjà vu around at the moment. I’ve barely processed the snap lockdown. Three days feels short, like a nice break, but it looks like it will be longer than that. Time is already starting to do that stretchy thing it does when all the days are the same. I’m writing this on Thursday night, which is theoretically the middle of this lockdown, but in reality probably right at the beginning.

When I go for a walk, and see other people avoiding me, it’s like: wow, this is happening. We’re really back here again. The situation is remarkably similar to last year. Right down to, unfortunately, the University’s response.

Last year they said it was mean-spirited for Critic to criticise their response. At the time, they deserved some wiggle room, because the whole damn situation was very “unprecedented”. That didn’t change the fact that the fundamental problem with their response was the lack of compassion for their students.

Back then, it was failing to confirm whether students who travelled home over the weekend before lockdown would receive support for online learning. The same issue has cropped up now. The Uni, in their initial communication to students following the change in alert levels, was vague about how much they would support students who left Dunedin and needed online courses to continue even if Dunedin moved to Level 2 or lower. They ominously suggested that students would need to think carefully about changes in alert levels before choosing to leave.

This puts students in the uncomfortable position of choosing between our studies and wellbeing, in the very small window of time that this lockdown has allowed us. Risk missing a class and support your wellbeing. Or don’t go where you need to be and be guaranteed your education.

I understand they can’t guarantee that all students will be able to access all of the many classes at Uni. But they can say: we understand your situations and will not disadvantage you because you want or need to be in a different city at this difficult time. Concern for students’ wellbeing should have been a number one priority.

They didn’t express that in the first email. Their initial response may have been honest but it was not compassionate. It didn’t come with any reassurances like “we’ll do all we can.”

It’s been cleared up now. After a much-needed outcry from OUSA and other bodies of students, the Acting Vice-Chancellor sent out a follow-up email clarifying that despite what they said in the first email, the Uni will do all that they can to support students who might become stuck in another city due to changes in alert levels.