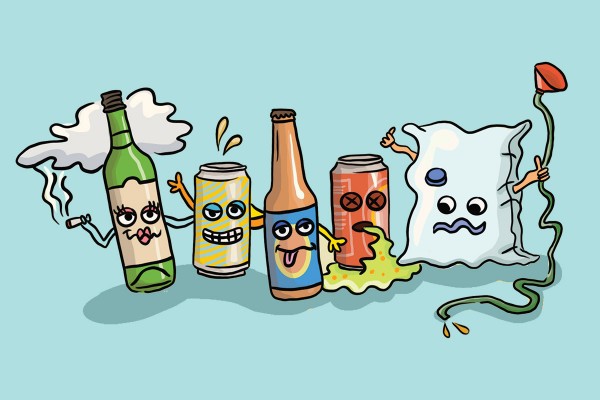 NZ lager is without a doubt one of the most reliable drinks in Aotearoa. Like a plank of four by two, a per capita medal tally, and a piece of number eight wire, it represents the robust, old NZ that may still exist but has been obscured by metropolitan ideals. The can is black, the colour of the All Blacks, undoubtedly our country’s greatest contribution to the world, with the exception of maybe Fonterra. While the rugged charm of New Zealand has no parallel, NZ Lager very nearly emulates those unique features that make Aotearoa the jewel of the South Pacific.

The taste encompasses many a New Zealand flavour, the subtle smokiness that permeates the beverage hints to cosy winter nights in the lounge while being blasted by a southerly gale. The sweetness hints at our bountiful orchards and agriculture. The malty base suggests a sternness, like your father telling you off. The strong 5% tang hints at our resilience as a people and our fondness for grog. But the overall simplicity of the drink demonstrates an admirable dose of understated humility in the drink.

NZ Lager is the people’s drink. At $16 for a box of 12 x 330 mL 5% cans, it is an absolute bargain, tantalisingly close to the golden ratio at $1.02 per standard. This is, without a doubt, the cheapest and most consistent deal for beer anywhere in Aotearoa. The incredible flavour of NZ Lager is simply a bonus.

I imagine that Australians are jealous of NZ Lager. They would give anything to have an iota of the national appeal that we have. But unlike Pavlova or Russel Crowe, they won’t take NZ Lager from us, as doing so would be stealing the very soul of our nation. If Australia stole NZ Lager from us it would mean war, and we would win, because unlike them we haven’t lost a war to a bunch of fucking emus.

NZ Lager doesn’t presume to be anything it’s not. The marketing simply refers to itself as “A Quality New Zealand Lager”, but due to its commitment to our ideals, NZ Lager has become the definitive beer of NZ. Some may claim this is some beer-induced Stockholme syndrome, but it isn’t. NZ Lager is a drink that delivers consistency, quality, and value to the parched throats of many a hard-working New Zealander.

Tastes like: Home, a warm fire, rain over a native forest

Pairs well with: Mullets, the outdoors