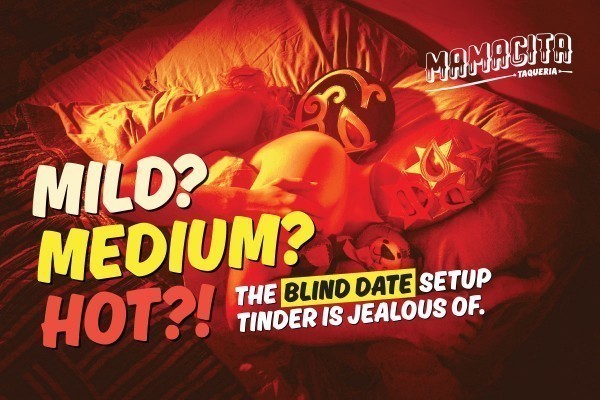 On Thursday night, I was out livin’ my best life. I was about to meet up with some mates before I got a call from Critic, saying that the Blind Date had been stood up and they needed a fill in. The dude had been waiting for half an hour and I felt pretty bad for him, plus it meant I would get a free dinner. I thought fuck it, you only yolo once.

I show up to Mamacita and it turns out I already know the dude on a “I’d give you a smile if I saw you around Uni” acquaintance level. The first part of the dinner was us trying to figure out what happened to his original date, and then progressed to us just talking mad shit. After barely touching our meals, we decided to keep the party going and head to a mate’s place. We drunk some of the earth’s nectar (VBs), tried nangs for the first time, and argued about whether or not you can say the n-word if you’re white (fun fact: you can’t).

But now the part you all wanna know, the fucking. On a scale of Not Fair by Lily Allen to Let Me Blow Ya Mind by Eve, it definitely ranked as an It’s Only Sex by Car Seat Headrest. Like it wasn’t mind-blowing, but it wasn’t awful either. I think the build-up and the large quantities of alcohol definitely did hinder our performances in a less stimulating way. My one bit of advice to my date is to cut your fingernails next time. But hey, it’s not a fair test if you only try it once right?

But overall thanks to Critic and Mamacita for a fun evening, as well as the original blind date who didn’t show up and sussed me a free dinner. If my date is reading this, hmu for a smoko soon x

I don’t ordinarily get nervous under any circumstance, outside of hill starting in a tight parking space or calling in sick for work when I’m clearly hungover. But Thursday’s panic really set in when I realized I had never been on a “dinner date” before. I also became concerned about the prospect of consuming Mexican food given my historically unpredictable bowels. To calm the nerves I took a long bath and sculled back a triple bagged cup of chamomile tea.

Feeling much better, I donned my favorite garments, poured an additional cup of chamomile and made for the door. I was the first to arrive at Mamacita. I took a seat, ordered a beer and the waiting game began. I then ordered my second beer as the waiting game continued, and by about 7:30 I realized, there was no game and the only one getting played was this idiot who was drinking alone at a restaurant.

I quickly informed Critic that I had been stood up on my first EVER dinner date. I wish I could tell you that I could see the funny side, but I couldn’t. I was just sad. Critic told me not to despair and that a replacement date was on their way. The date finally commenced at 7.45pm when, like a 2011 Stephen Donald, my replacement date came strolling into the restaurant and into my heart, thus saving the evening. We bonded over a mutual love of nicotine and several mutual friends. She shared some wonderful stories about meeting Savage and Max Key (arguably the two biggest names in New Zealand music). I was so impressed I felt the need to namedrop every single person and I also drew her attention to the time I told Ben Smith he’d left his car lights on.

I could tell that she was super impressed by the fact that I worked as a industrial employment solution, played Premier 2 rugby and had been in heaps of fist fights. After leaving Mamacita, we grabbed a couple more drinks and played Breather Bingo - I scored a humble 9/20. Later while drinking with some of my dates friends at their flat I was introduced to nangs for the first time, which mixed wonderfully alongside a fine batch of Victoria Bitter turning the rest of the night into a blur.

In the morning time we arose, had a coffee and a cigarette together before I dropped her home.