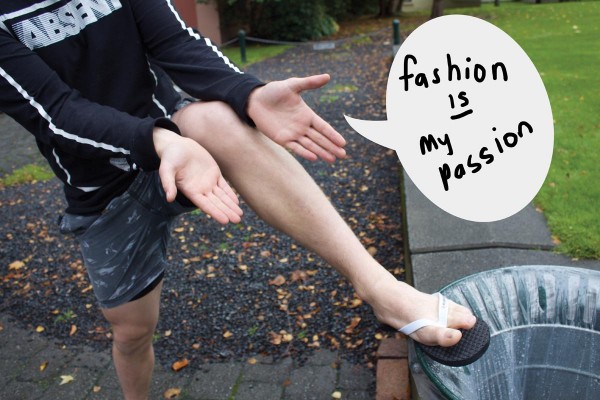 Boomer Jenkins, a third year lad and resident at The Chum Bucket on Hyde Street, has announced a new look for the fall season. After blowing out his Student Life Jandals, Boomer invested in a slick blue and white pair from the Kmart $4 section. “I like to keep things fresh,” Boomer explained. “The hunnies want to know I make an effort, so I keep these ones for special occasions only.”