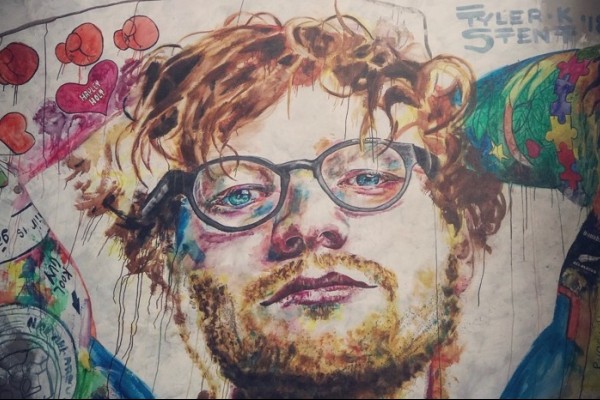 Ed Sheeran is reportedly “disturbed” by Dunedin misinterpreting his desire for a one-weekend no holds barred, no strings attached song-fest. He said he’d come to Dunedin making it clear he was only here for “a good time, not a long time”. It was unusual for Sheeran to perform three nights in the same place, the crooner saying he normally liked to “share the love”.

Sheeran said that he began to “feel a bit weird about the whole thing” when he saw Dunedin had painted a large mural of his naked upper half. He later noticed Dunedin had been combining their names, and posting this “all over” social media. “Look,” Sheeran said to a starry-eyed Dunedin reporter, “I know you guys don’t get many big performers coming, but just because I belt out a few good tunes in you for a couple of nights, you won’t stop talking about me. It’s coming across pretty desperate.”

When asked for comment, Dunedin went practically gooey saying: “He sings me love songs. I just want spend hours cooking him meals inspired by his hair colour. I’m sure I’m the only one he’s ever been like this with.”