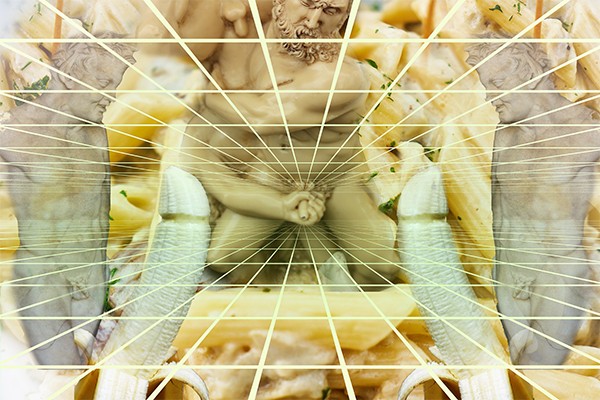 Inventions Out of Time | Penis

Would not use again.

The penis really has very limited function. Where is the “all-purpose tool” I was promised on the packaging? I tried to open a can with the lauded “can-opener” attachment. It took me ages. The attachment was blunt and almost did more damage to itself than the can. The nail file attachment is almost as bad. The manual proudly boasts that they can “do more than one thing at the same time!” which is categorically false. They can only do one thing and that’s sit there and look like someone threw up their oesophagus. Sometimes if you’re lucky it’ll wriggle around a bit as well.

The only real advantage of penne (the plural of penis - the pasta is named after the phallus because of its strong visual similarity) is its strong artistic value. The penis is more easily recognisable than its counterpart, the vagina. Where would we be as a species without the art phenomenon that is drawing dicks on things? Tables, walls, trees, foreheads – all are improved by a cartoonish cock and balls.

All in all, penne are mediocre at best.

Inventions Out of Time’s time has come. Goodbye.