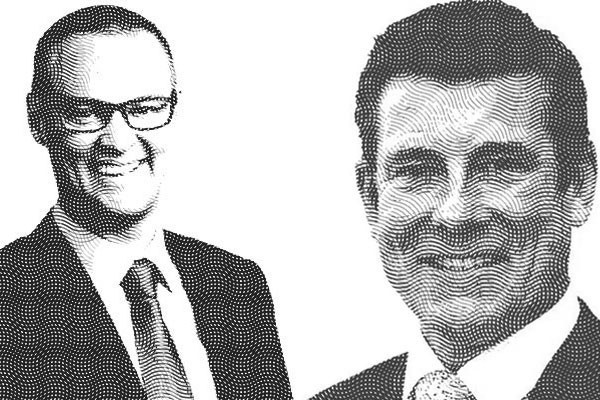 The case for a Universal Basic Income

We are all born helpless.  None of us would survive to adulthood without parents or guardians to ensure we had necessary nurture, food and shelter.

And we’re lucky to be in New Zealand. Everyone has the opportunity to get ahead with the help of publicly funded hospitals, schools, roads and access to justice. History tells us, these are preconditions for a society that enjoys widespread prosperity. Even those in the very lowest income bracket in New Zealand are still likely to have income higher than 2/3rds of the world’s citizens.

Making sure everyone had a decent income was at the heart of Labour’s 1938 Social Security Act. It established the welfare state. It made sure there were provisions to assist those who needed it – the vulnerable, sick, and temporarily unemployed. We led the world on this. Many developed countries followed our lead.

However, over the years ad hoc extensions of benefits – and a proliferation of rules, exemptions, additions and detractions – have created bureaucratic barriers to citizens accessing that social safety net. There are stand-down periods. There are declarations and incomprehensible forms that lead to despair. And the bureaucracy is also accompanied by growing administrative costs that we all pay for. The system supports many of those in need, but it is far from perfect.

The idea of a Universal Basic Income (UBI) to replace a raft of existing benefits has had support from economists and public health academics around the world. That said, there is much debate on what exactly a UBI would look like – and how we could afford it.  It is hard at this stage to imagine a UBI being a glamorous payment. People will want to work to increase their incomes.

But what is agreed is the simple principle behind the UBI: that every citizen is supported by sufficient income to allow them to participate fully in society and develop their full potential.

A UBI is attractive to economists because it is simple, straightforward and fair. No-one sits in judgement about who has access to what. Everyone receives a fixed amount to live on, regardless of their living situation.

Unfortunately, while the UBI is the darling of public health experts and economists of a variety of political persuasions, no nation state has yet implemented one comprehensively. This is why if elected in 2017, Labour is first modestly considering a regional trial of the UBI.

And while a UBI is not yet Labour’s policy, it is easy to see how it shapes up better than the current complex and more costly system of insider knowledge, additions, subtractions, paperwork and exemptions. It’s a discussion worth having.

Labour's Future of Work project was a noble enough attempt to address an issue that, to be blunt, is nothing new. The nature of work changes constantly, as it did during the industrial revolution, when cars replaced horses and carts and when the internet became a commercial tool, just to name a few examples. Labour then shot themselves in the foot by making this a Future of Welfare project in thinking out loud about a wholly unaffordable Universal Basic Income. In theory this would give every adult, regardless of need, a regular income from the government and could replace all other forms of welfare such as pensions, benefits and student allowances.

This announcement was followed by the release of a paper suggesting a payment to everyone in NZ 18 years or over of either $11,000 a year, replacing welfare benefits except for “supplementary transfers for disadvantaged groups,” or $22,000 a year completely replacing all welfare benefits.

The cost for this policy is calculated as costing up to $54 billion extra spending each year.  At present there are around 3.5 million people in NZ aged 18 or over and an $11,000 payment would cost around $38 billion a year and a $22,000 payment $76 billion. At present all welfare benefits (including Super, Working for Families, Income Related Rent Subsidy and the Accommodation Supplement) come to only $22 billion a year so there is at least $16 billion, and up to $54 billion to be made up.

Where would that money come from? Obviously it would have to be by inflicting much larger tax rates on workers, perhaps at least double, maybe triple income tax rates.

We already have a productivity problem in our workforce which wouldn’t be helped by providing up to $22,000 a year for doing nothing, particularly when marginal tax rates would be so much higher if you worked.

Then there is the issue of fairness. Why should the wealthy businessperson get the same support from the government as a sole parent who is unable to work due to illness and has three children to care for? Does that really sound like the country you want to live, work and bring up your families in?

The best response to the changing nature of work is to create the conditions that allow businesses to be nimble in embracing technologies and logistics, then negotiating trade agreements that reduce the barriers to the enormous international markets on which New Zealand relies. That’s exactly what the Government is doing and will continue to do.