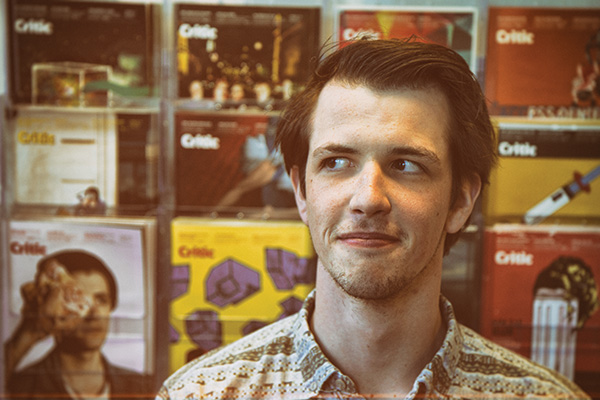 I wish this were a fluff piece

The title says it all: due to the complete exhaustion that follows the constant sprint that is producing Critic every week, I genuinely wish this final editorial were a fluff piece. But thanks to a seemingly indestructible rape culture in our country, it seems unjust to waste an opportunity to condemn, in no uncertain terms, the people responsible for perpetuating it through Facebook groups such as the “Rack Appreciation Society” in Dunedin, New Zealand, and worldwide.

There is simply no balance here, and I implore readers to remember this when discussing the issue. I am aware that people have been critical of the group set up to counter the original, but there’s just no need to. It’s not a debate. It’s not a “battle of the sexes.” These are smoke-and-mirror reactions that seek (often too successfully) to distract from the real point. As Jennifer Lawrence said recently, in light of her personal photographs being stolen, the issues being discussed are not scandals – they are sex crimes. This fact seems rather clear to me and the key word is “consent.”

I am, of course, writing this in full acknowledgement of my own position as a straight, white, middle-class cis-male. But on that note, I applaud David Cunliffe for apologising to New Zealand on this very basis earlier in the year. The unconstructive reaction to this by other politicians (our mate the PM found it “insulting”) and the New Zealand media is indicative of the deep-set ignorance at play here. This Facebook group emphasises why Cunliffe is right – it is people who fit the same description as him and I who are largely responsible for all the bullshit that women and non-cis-hetero individuals have to put up with. And it’s people like him and I who have some level of influence over our “mates;” we are empowered to help change this culture but as of yet we simply haven’t.

All the while, a majority of people somehow found Cunliffe’s apology more insulting than the culture he was talking about.

In this particular example, I’m guilty of feeling more angry than constructive. To those involved: fuck you all. Seriously. And if you were added to a group, my guess is that the friend who added you may have done so for a reason. Think about how you carry yourself that suggested you might have wanted to be part of such a group.

Finally, if you’re one of the men who have lost partners just because you were part of a group, despite pleading innocence: clearly you’re rather untrustworthy.

I can’t help but conclude with a small bit of fluff. What a year! I’m exceptionally proud of the direction that Critic pursued this year, and it had little to do with me. As such, and contrary to every other year that I’ve been involved with Critic, I believe it wouldn’t be fair in such a small amount of space to single anyone out. I’ve never worked with such a well-oiled and passionate team – each member quite frankly deserves their own page. Every individual has worked tirelessly all year to bring you an incredibly diverse range of breaking news, investigative journalism, exceptional political coverage, a huge number of fascinating and constructive features, and on-going cultural coverage. We’ve also focused a lot of attention on promoting women’s issues at a time when social constructs make this more important than ever. Critic is proud to call itself feminist and other self-respecting media should be, too.

If you’re getting out of Dunedin this year, good luck with your journey. If you’re staying, remember that student media is a passionate voice for students and a reflection of your culture. Always stay in touch – if we stuff up, we admit it and work constructively through it. And if we do something well, it’s nice to receive some positive reinforcement from time to time.