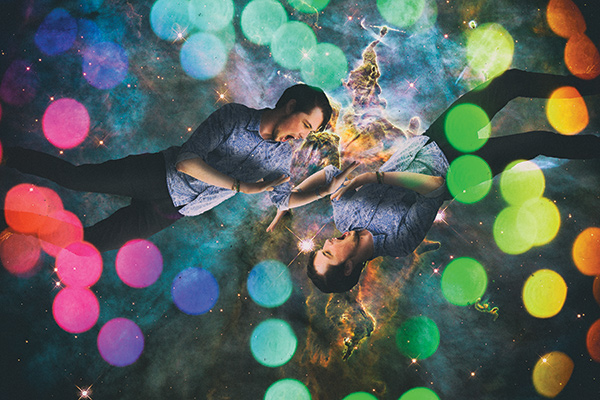 We must learn to look skyward again

In some of the most significant (and rare) space news to reach the public recently, it was revealed that India’s satellite now orbiting Earth’s near neighbour Mars cost the equivalent of only NZ$95 million. Meanwhile, US military spending last year alone cost NZ$804 billion, all the while funds to NASA have been slashed to NZ$23 billion. Worldwide military spending comes in at a whopping NZ$2.2 trillion.

It’s quite symbolic, really, that humanity is wasting all of its effort on literally killing itself.

I’ve recently started re-watching Neil deGrasse Tyson’s Cosmos: A Spacetime Odyssey and it is not an exaggeration to say that everyone with either a television or Internet connection should watch it. Personally, it has currently got me to the point that I am very genuinely considering returning to university to study astronomy.

People the world over have got things very, very wrong. While we waste our time, effort and resources on empowering the rich and powerful, and killing those we perceive as “others,” we could be banding together to ensure a bright future for the most incredible outcome of chance that humanity knows of: ourselves.

We are so minutely small, yet the fatal flaw of humanity’s hubris and selfishness means we completely and utterly miss what we should be focusing on: defence. But not in the American way. The significant chance that we could find ourselves faced with an apocalypse at any moment seems lost on most, but it’s very real. We should, instead of worrying about tax rates and economies that don’t really change even if governments change, be looking at a feasible defence system against, say, giant fuck-off asteroids. Because, really, nothing at all matters if we don’t exist – yet even the Greens don’t really have any ambitions to address this.

Closer to home, people are willing to spend NZ$4.5 million (Kim Dotcom) and NZ$2.75 million (Colin Craig) on unsuccessful and almost entirely self-centred election attempts. Even in our tiny country, it wouldn’t take too many of our best minds and wealthy donors to rival India’s effort. Imagine, if only that was then replicated the world over.

These points aren’t to undermine other issues that humanity is facing. The fact that discrimination based on status, race, sex, gender, orientation, etc. still exists is appalling – but the fact that it still exists highlights just how misappropriated our political efforts have been. Surely we should be enlightened enough by now that these would have been dealt with decades ago.

I fear there’s some truth in our generation’s mantra that we were born too late to explore the earth, born too soon to explore the galaxy, and born just in time to explore funny memes. We need to look skyward. We need to know, as Cosmos so aptly reminds us, that we are all quite simply an incredible combination of “star stuff” and chance. What a waste it would be to lose it all.

Aptly, our ancestors once looked skyward for everything. We learnt to predict the seasons and navigate with it, and it greatly informed the evolution of human culture. Desperately, for the sake of humanity, it is time again to look up and predict what space will throw at us, use it to navigate these challenges, and shift our culture.