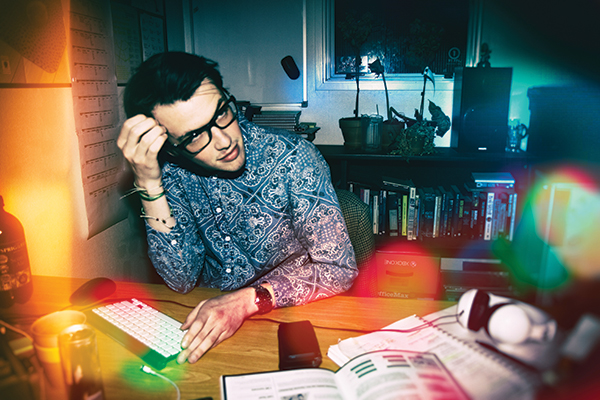 The good of crushed expectations

This week, Loulou Callister-Baker’s feature, “Right in the nutcracker” (page 18), proved quite a big surprise to me. While I fully expected the outcome to be a well-justified attack on what I thought was the cis-sexist, misogyny-driven annual Selwyn Ballet, the reality is far more complex. What Loulou uncovered was a long history of the empowerment found in such cross-dressing performances that blurred, in her words, “what I thought was a clear black and white situation into a mass of grey.”

I feel that as it currently stands, the balance in this example does sit further to the negative side of the scale than the empowerment side. However, as people become more aware of gender issues, I hope that this interpretation will (if slowly) move with the times. Who knows – it could be amazing if in several years’ time the ballet is viewed as a celebration of how far people have come in terms of their interpretation and treatment of gender.

It made me think of an episode of the web series High Maintenance, in which a family man and stay-at-home writer has an incredible day simply because he has the confidence to wear a dress when he has a visitor. If that sounds cliché then I’m not doing the show justice; it’s truly life affirming. Imagine if a Scarfie tradition could one day hold such a strong, positive message. The feature is a must-read.

Another surprise this week wasn’t so positive. I had previously held the Maori Party with the esteem of being the ultimate protest vote. I figured that under Cunliffe’s leadership there would hardly be a soul overly keen for a left wing Government following this year’s election, all the while the country must surely be getting tired of the inherent sliminess of Key’s minions. The Maori Party fixed those problems – they likely wouldn’t be the key to a left wing Government (hence why the Greens don’t really work as a true protest); rather they would work with the Government on the issues that mattered to them while withholding their right to disagree on certain important issues. Perfect.

Unfortunately, as Politics Editor Carys Goodwin has unearthed on page 12, it turns out that the relatively new Maori Party co-leader Te Ururoa Flavell is completely and utterly incompetent. Trust me – saying that doesn’t come lightly, I had real hopes for the party. But when your co-leader is almost half an hour late and literally reads his answers word-for-word from his party’s website (after searching for three and a half minutes), it’s hard to avoid this generalisation.

To be fair, he did reiterate that “we recognise the fact that unless you’re at the table, you do not get anything,” which is the philosophy that has made me like the party, but it’s really quite tragic that the dynamic duo of Tariana Turia and Pita Sharples will in the next term be completely replaced by this shining uselessness. Those two were incredible.

There was also a lot of discussion last week about the necessity of trigger warnings in lectures and tutorials, thanks to Michaela Corlet’s campaign for Welfare Officer. Although Michaela didn’t win, I hope this is a point that is taken up by the OUSA Executive this semester – it was by far the most important discussion brought up by any candidate. A lot of (most?) people are ignorant bigots when it comes to this issue – I have heard several cases where this was given as a deciding reason to vote against Michaela. I find that a disgusting justification.

If a lecture must include a discussion of potential triggers such as rape, sexual harassment or anything similarly harmful – and I can see this justifiably being the case in many subjects, from law and media to medicine – then consideration for those it affects is vital. It’s infuriating that our society is backwards enough to even make this a discussion point.

Besides, for what possible reason wouldn’t you want trigger warnings at the start of lectures? It wouldn’t even take half a minute; that’s hardly wasting your time.

To the best of my understanding, it’s a safe bet that everyone in our society who doesn’t present as a hetero-cis-male (and, indeed, many who do) has at some stage been harassed, probably multiple times, on the basis of their gender. The number who have been physically harassed or assaulted is also insanely high. It is fair to say, then, that examples of rape or other gender-based grievances will be sure to trigger various reactions in most, if not all, class rooms. If you’re lucky enough that it hasn’t affected you personally, then sacrifice a smidgeon of your precious time, open your naive eyes, and help those for whom it has.